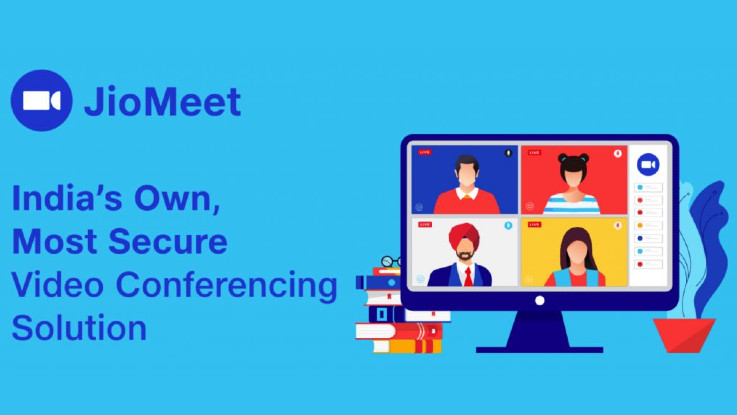 From the launch of Motorola One Fusion to Reliance JioMeet video calling application, here is our TMI Daily News Wrap.

Reliance Jio has announced the launch of its latest JioMeet video calling app in India. Dubbed as Reliance JioMeet, the video conferencing application is set to give a competition to Zoom, Google Meet, Microsoft Teams and more. The cross-platform app works on Android, iOS, Mac, Windows, SIP/H.323 systems. The video calling application also works on popular web browsers including Chrome and Firefox on the desktop.

Samsung has announced the launch of two new schemes for its premium Galaxy smartphones in India. The company has Galaxy Assured buyback scheme and Galaxy Forever plan for its range of premium Galaxy smartphones in the country. Galaxy Assured and Galaxy Forever plans are available across Samsung Exclusive Stores, leading retail outlets and Samsung.com.

Motorola has finally announced the launch of its latest smartphone, the Motorola One Fusion. The smartphone comes with a price tag of 1,99,990 Chilean Peso (approx. Rs 18,700) and it will go on sale in Latin America. The smartphone is available in Emerald Green and Deep Sapphire Blue colour options.

TikTok has no plans to take legal action against India ban

Recently, the Indian government banned 59 Chinese applications including TikTok, UC Browser, Shein, Club Factory, SHAREit and more with an aim to safeguard the interests of crores of Indian mobile and internet users. Now, TikTok has confirmed that it has no plans to take any legal action against the ban imposed by the government.

Amazon has announced that its popular video streaming service, Prime Video, is available on Windows 10 devices. The company has revealed that it has launched a dedicated app of Amazon Prime for Windows 10 machines.

Vivo has silently today launched Vivo Y30 in India for Rs 14,990. The phone will be available for sale on Flipkart today at 8 P.M IST. The phone is also listed on the company official site. The Vivo Y30 comes in a single 4GB RAM + 128GB storage variant and will come in Dazzle Blue and Emerald Black colour options.

Chingari app (a short-video sharing platform) has now emerged as an Indian alternative to TikTok which has been banned in India alongwith 58 other Chinese apps. The Chingari social app has now crossed 10 million+ downloads on Google Play Store.

Xiaomi has once again increased the price of Redmi 8 smartphone in India to Rs 9,799. This comes after the phone’s price was hiked just last month. The new pricing is reflecting on both Mi.com and Flipkart. Redmi 8 4GB RAM and 64GB memory variant is now Rs 300 costlier than its previously selling price which was Rs 9,499.

Bharat Sanchar Nigam Limited (BSNL) has extended the validity of its Work@Home broadband plan again until July 26. The operator has also extended 6 paise cashback offer as well. Additionally, it has also reintroduced its Rs 299 and Rs 491 broadband plans.

Share
Facebook
Twitter
WhatsApp
ReddIt
Previous articleJioMeet copy of Zoom, Tiktok will not go to court, AmazonPrime now on Windows
Next articleReliance JioMeet vs Zoom: Which one is a better video calling app?
RELATED STORIES