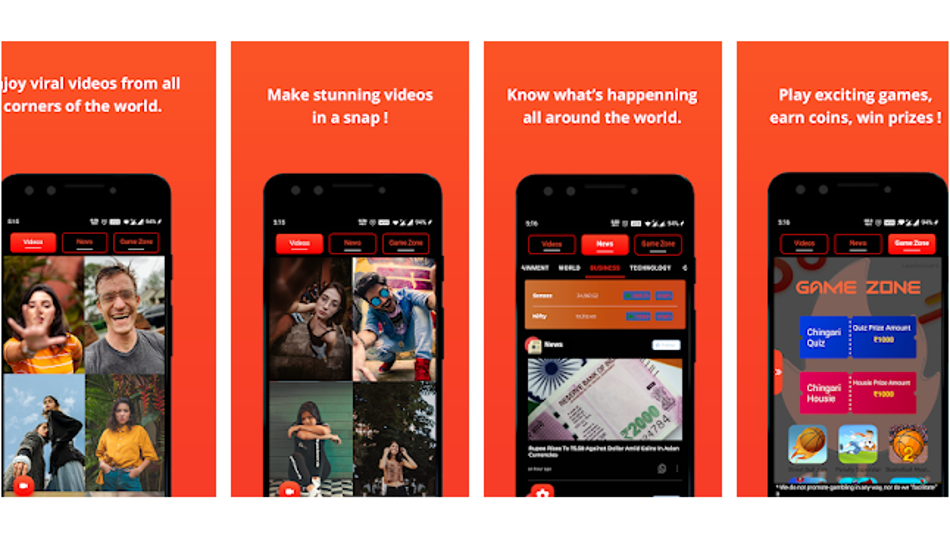 Chingari app is available for free download on all app stores such as Google Play Store and iOS App Store.

Chingari app (a short-video sharing platform) has now emerged as an Indian alternative to TikTok which has been banned in India alongwith 58 other Chinese apps. The Chingari social app has now crossed 10 million+ downloads on Google Play Store.

The Chingari app was founded by Bengaluru-based programmers Biswatma Nayak and Siddharth Gautam in November 2018. The app is available for free download on all app stores such as Google Play Store and iOS App Store. The app is available in languages including English, Hindi, Bangla, Gujarati, Marathi, Kannada, Punjabi, Malayalam, Tamil and Telugu.

“Our retention numbers and the app’s daily engagement time are also witnessing a solid increase. Our team is working round the clock to provide all our customers with a seamless experience,” Biswatma Nayak, Co-founder told a news agency.

READ MORE: Mitron vs Roposo vs Chingari vs TikTok: Which one is India’s next big hit?

“We would like to welcome all TikTok users to come and try Chingari, a 100 per cent ‘Made In India’ app,” said Sumit Ghosh, Co-founder and Chief Product Officer.

Chingari also pays its content creator on the basis of how viral the video becomes. For each video uploaded on the app by the user, he or she gets points per view and these points that can be redeemed for cash. Chingari also offers some basic video-editing features. Users can record videos at different speeds and one can also apply some filters and add Audio in the video.

Chingari faces stiff competition from other similar Indian apps like Mitron and Roposo. Recently Zee5 also announced that it is planning to launch a short video sharing platform called HiPi in India soon.