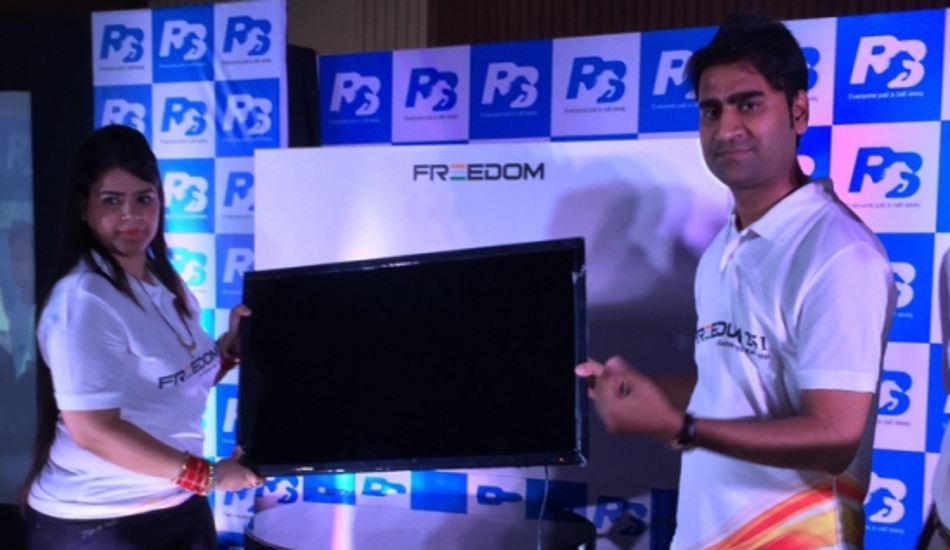 Mohit Goel was running a company called Dubai Dry fruits at a luxurious office in Sector 62 and was duping people on the pretext of paying for dry fruits and spices.

World’s cheapest smartphone ‘Freedom 251’ founder Mohit Goel has been arrested by the police again. Earlier also, Mohit Goel was arrested in the year 2018 on allegations of fraud. However, this time he has been accused for duping traders in a dry fruits fraud.

Mohit Goel along with one other has been arrested in Noida on Sunday evening near Meghdootam Park in Sector 51. Police have seized three phones, 60 kilogram dry fruits, an Audi car, an Innova and other electronics from them.

Goel was running a company called Dubai Dry fruits at a luxurious office in Sector 62 and was duping people on the pretext of paying for dry fruits and spices. A case was registered against them in December last year at the Sector 58 police station by trader Rohit Mohan.

As per police, the gang used to purchase dry fruits and spices from wholesalers by quoting a higher price but were later not paying them money. They then used to sell the goods in the open market.

Joint commissioner of police, law and order, Luv Kumar said “The company offered rates above the market value to wholesalers to purchase the dry fruits. they won the trust of traders by paying on time initially. But later they paid only 40% of the amount as an advance. the rest 60% was paid via a post-dated cheque, which would eventually bounce. The goods were then sold at a profit in the open market.”

The suspects were produced before a magistrate at Surajpur court yesterday. However, the court remanded them to judicial custody for 14 days.

The company has so far duped more than 500 people in dry fruits fraud across the country. Police said that they have received complaints from people in Punjab, Haryana, Rajasthan, Maharashtra, Karnataka and Tamil Nadu.

Ringing Bells launched Freedom 251 smartphone back in 2016. The smartphone was dubbed as the world’s cheapest smartphone which would cost Rs 251. He was arrested in 2017 as well for the Ringing Bells fraud. Later he again formed a company by the name of Family Off Dry Foods India Pvt Ltd.

Samsung India launches ‘Reward Yourself’ program: Here are the offers