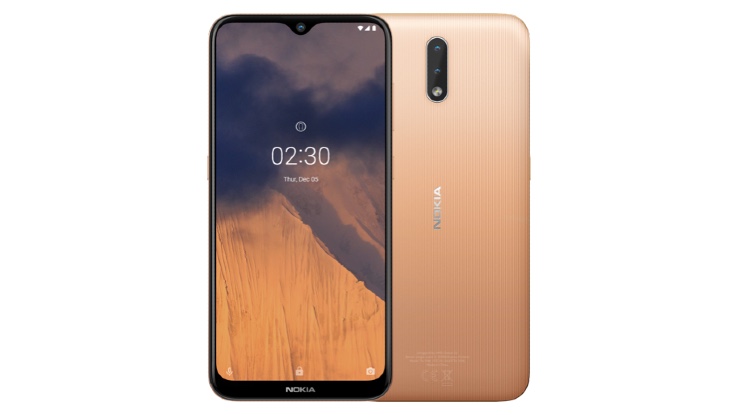 11 Nokia smartphones have received the latest Android OS since its official launch.

HMD Global has now started rolling out Android 10 update for the Nokia 2.3 smartphone. This now means that 11 Nokia smartphones have received the latest Android OS since its official launch.

1. Gesture Navigation: control of your Nokia smartphone just got slicker, with faster and more intuitive controls at the tip of your fingers

2. Smart Reply: receive even smarter responses in messages, not just wording but actions you can take

3. Privacy Controls: have even more control of your personal data all in one place, and control when your location is shared with your apps – be that always, just while in use, or never

4. Focus mode: block out distracting apps when you need to concentrate on what’s important

Nokia 2.3 was launched in India last year with Android 9 onboard. As an Android One programme smartphone, the phone launched with a promise of with three years’ worth of guaranteed monthly security updates and two years of OS upgrades.

Nokia 2.3 features a 6.2-inch HD+ display with 720 x 1520 pixels resolution and 19:9 aspect ratio. It has a dual rear camera of 13-megapixel rear camera with LED flash, f/2.2 aperture and 2-megapixel secondary camera. It has a 4000mAh battery that promises 2 days of battery life.

Nokia 2.3 has a 4000mAh battery that promises 2 days of battery life. The phone has a 5-megapixel front-facing camera with f/2.4 aperture and support for Face Unlock, but it doesn’t have a fingerprint sensor. The phone is powered by a 2GHz quad-core MediaTek Helio A22 12nm processor with IMG PowerVR GE-class GPU coupled with 2GB RAM and 32GB storage. It has expandable memory up to 400GB with microSD.