Oneplus will be launching its flagship for 2020 on 14th April. With the launch imminent, several new leaks have surfaced.

The Oneplus 8’s launch is just a couple of days away (14thApril) and new more concrete leaks have surfaced. We have discussed some of the more prominent leaks about OnePlus 8 in our earlier stories.

The biggest leak was the fact that there will be only two phones in the Oneplus 8 series: A normal variant and a Pro variant. Both the phones will be powered by the Snapdragon 865 and will support 5G. the pro, however, will have a better camera setup along with extra time of flight module.

The main sensor on the Pro was touted to be a 64MP shooter but recent leaks suggest that a 48MP sensor will be present on both the models with the resolution of the ultra-wide-angle lens going from 20 MP to 48 MP on the pro and the telephoto lens jumping from a 16MP sensor to an 8MP shooter. The Oneplus 8 will supposedly be available in 3 colours- Onyx Black (Glossy), Glacial Green (Matte), Interstellar Glow (Glossy). The 8 Pro will too have the three colours similar to its sibling with the exception of interstellar glow being replaced by Ultramarine Blue. 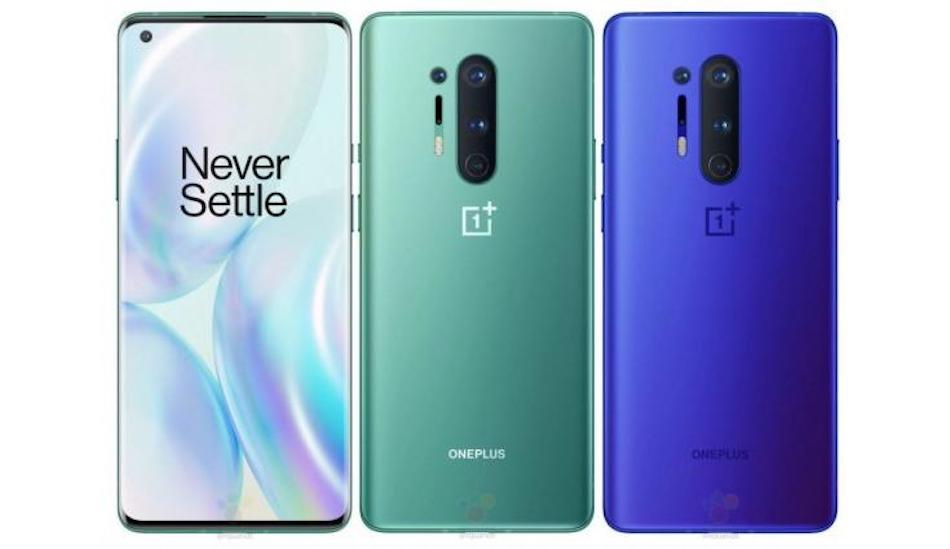 The Oneplus 8 pro the phones will support 30W fast wireless charging. With this, the 8 Pro will be the first Oneplus phone to support wireless charging. The 8 Pro will also have an IP68 dust and water resistance. Both the phones will 30W fast wired charging. The previously leaked Oneplus 8 Lite could be released as Oneplus Z making it a more budget-friendly option similar to the previously launched Oneplus X.

The Phones have scored an “A+” from display mate so, we can expect a very good display from these devices. The company will also be launching Oneplus Bullet wireless Z which will have improved battery life and water resistance over the current bullet wireless earphones.