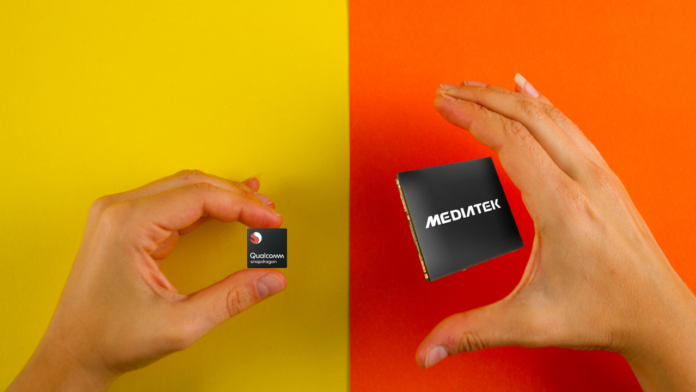 For a long time in the smartphone market in India, MediaTek was seen as a poor person’s Qualcomm. Those who opted for a device with a MediaTek chip were supposed to do so only because they could not get a Qualcomm one in their (generally limited) budget. However, the past year has seen MediaTek come out of Qualcomm’s shadow in the Indian market. As per IDC’s report for Q3 2022, 47 per cent of the smartphones in India ran on MediaTek processors, while Qualcomm’s share had declined to 25 per cent. Indeed, Qualcomm is now facing heat even from relatively new player UniSoc, which has a share of 15 per cent. But look at those numbers again and consider this fact – MediaTek actually is on more phones than Qualcomm and UniSoc taken together.

Unlike in the past, this surge in market share has not come only from the budget segment. A look at the market will reveal a greater presence of MediaTek chips not just in the sub-Rs 15,000 segment but also at higher price points. OnePlus even launched the OnePlus 10R on a Dimensity chipset, and Xiaomi used a Dimensity chip for relaunching its flagship, Redmi K series. Judging by the way things are shaping up, 2023 might see MediaTek actually further increase its share in the Indian market. As per our sources – in the hardware as well as retail sector – the following are the five reasons why MediaTek is pulling clear of Qualcomm in one of the world’s largest mobile phone markets:

MediaTek has been upping its performance ante over the past few years, and 2022 has seen it get into a zone of its own. Its Dimensity 8100 and 9000 chips got rave reviews because it ran the Snapdragon 888 close and was available at a much more affordable price, making it the favourite among brands that wanted budget flagships – the Redmi K50i, the OnePlus 10T and the Vivo X80 5G.

The Dimensity 800 and 900 chips did well in the lower-priced 5G segment, while the Dimensity 1300 powered the likes of the OnePlus Nord 2T. Interestingly, the brand did not take its eyes off the 4G chip market (something which Qualcomm did, as per our sources), and its older chips, like the G96, were used in the Redmi Note 11 Pro and the A22 in the budget Redmi A1.

King of budget smartphone SoCs: Qualcomm vs MediaTek vs Unisoc

Fixing issues with camera and battery

MediaTek processors in the past had been plagued by issues such as heating, draining battery, not getting the most out of camera sensors and so on. However, that changed in 2022, with MediaTek chips delivering great camera performance on the OnePlus Nord 2T, the OnePlus 10R and the very camera-centric Vivo X80.

In the battery department, Dimensity chipsets were seen on some of the fastest charging phones launched in the market, including the OnePlus 10R, which charged at 150W and the Xiaomi 11i HyperCharge, which was one of the first affordable phones with 120W charging.

According to some of our retail sources, these devices have done a lot to dispel the “MediaTek is inferior quality” perception that was prevalent in the market. Interestingly, it was Qualcomm that faced quality issues with the Snapdragon 8 Generation 1 chip having some heating issues.

MediaTek has been said to be working very hard on facilitating Android updates in collaboration with Google and its brands. In this regard, it is noticeable that MediaTek phones now get Android security patches at almost the same time as their Qualcomm counterparts. However, Qualcomm is said to be still ahead of the game as far as OS updates go. There is a rumour that MediaTek is looking to match Snapdragon devices in that department by the end of 2023 – that would be something.

MediaTek has always been known for its ability to make its chipsets available in large quantities and at competitive prices at relatively short notice. As per our sources, this became even more important in late 2021 and early 2022 as supplies of chips dipped.

One of our sources cited how MediaTek had come out with a fresh shipment of the almost four year old A22 chips for the Redmi A1. Once again, Qualcomm is believed to have stumbled in this department, with many of our sources saying that the brand kept trying to push expensive 5G chipsets on brands – a move that also opened the door for UniSoc.

Perhaps the biggest reason for MediaTek’s surge in Indian markets has been its better networking with brands. Executives of a number of brands have told us that they found it easier to talk to MediaTek than other chip brands, especially in the product development stage.

While this was always an advantage with MediaTek, in the past, it came with performance compromises. However, in 2022, the brand has continued to communicate as effectively as it had in the past, even while ironing out its issues.

With MediaTek looking to expand its presence and becoming an even more dominant force in 2023, the ball is squarely in Qualcomm’s court to win back lost ground. As the market continues in its recessive phase, it will be interesting to see how the MediaTek vs Qualcomm wars plays out.