King of budget smartphone SoCs: Qualcomm vs MediaTek vs Unisoc

MediaTek, Qualcomm and Unisoc are the three main players powering budget smartphones worldwide but which one of them is the king? 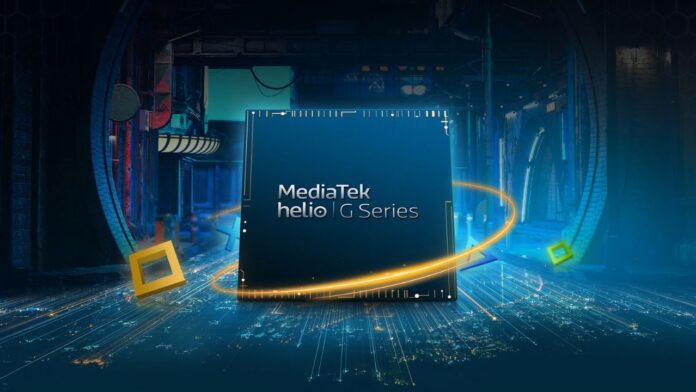 At the heart of your smartphone (or your tablet, PC, etc.) sits a processor that executes tasks you want it to and the more powerful it is, the better your phone performs. As the price range increases, the amount of power these processors can handle gets better, but what about those who do not want to spend a lot of money yet want a smooth experience from a budget smartphone? That’s where the competition starts brewing up as to who can provide the user with a smoother experience, and this space is currently being dominated by three companies: Qualcomm, MediaTek and Unisoc. But which one of them is the king of budget smartphone SoCs? Let’s get you an answer to that.

MediaTek vs Qualcomm vs Unisoc: Who has been in the game for the longest?

Qualcomm is a company that has been in the SoC space since 1985, while MediaTek came into the scene in 1997. Unisoc, formerly known as Spreadtrum, arrived on the market in 2001. While you may think Qualcomm should be the one to take the lead in the race as its existence has been the longest, that’s not correct. That is because Qualcomm didn’t begin shipping semiconductors until 2007.

As for MediaTek, it started taking orders for more than 500 million mobile system-on-chip units per annum in 2011, including products for feature phones and smart devices. By providing extensive system engineering assistance, the company made it easier for many smaller companies and new entrants to carve their way into the mobile phone market that had previously been dominated by large corporates.

Four years after Qualcomm made its entry, MediaTek debuted and the mobile chip market quickly became the main growth driver for the company. A March 2021 report revealed that MediaTek overtook Qualcomm for the first time as the world’s biggest smartphone chipset vendor in 2020, with 351.8 million chipsets shipped that year. Again, this isn’t solely for the budget segment but for all kinds of chipsets.

Unisoc, formerly known as Spreadtrum Communications, is based out of China and was founded in 2001. As of 2021, it is the fourth largest mobile processor manufacturer in the world, after Mediatek, Qualcomm and Apple, with 9% of global market share.

MediaTek vs Qualcomm vs Unisoc: The Number Game

Unisoc’s first foray into low-end chips started in 2012. It has chips such as SC9863A in this range, followed by Tiger series chips that are mostly being used by brands launching smartphones in the budget segment.

Fast forward to 2022, as per research from Counterpoint’s Foundry and AP/SoC service, Unisoc captured a 3 percent market share. A larger part of the revenues is driven by its 4G AP/SoCs, which have grown significantly over the past years. The share of UNISOC AP/SoC shipments reached 11% in Q1 2022.

UNISOC was able to expand its customer base with design wins with realme, HONOR, Motorola, Samsung, ZTE and TECNO all launching phones with UNISOC’s Tiger series of chipsets.

Read More: Our development starts well before the market is ready for the next giant leap: MediaTek India

Again, all these numbers are based on the overall number of shipments and not just the chips in the budget segment. However, these stats should give you an overall idea of the position of the companies as to where they stand.

If we talk of launches in the budget segment, one can observe that Snapdragon doesn’t have a strong presence in recent times as compared to MediaTek and Unisoc. Most of the budget launches in India, such as from Redmi, Tecno, Infinix, Oppo, Motorola, Lava, etc have been coming with MediaTek’s Helio G series chips and the Dimensity 700 5G processor, which have seen big success for the Taiwanese chipmaker, off late.

On the other hand, Realme and Nokia have been the major customers for Unisoc as a bunch of Realme’s C-series devices, and Nokia’s low-end smartphones have come equipped with Unisoc Tiger series chips during this year. In fact, Nokia has launched a total of 5 smartphones in India this year till November 2022, out of which four are powered by Unisoc’s processors.

We didn’t see a lot many budget devices with Qualcomm chips under the hood. A couple of chips mainly put to use were the Snapdragon 680, a 4G chip, and the Snapdragon 4 Gen 1, a 5G-enabled chip that was recently seen on the iQOO Z6 Lite 5G.

This shows how MediaTek has had a strong foothold in the budget smartphone market, with a majority of OEMs turning to them for powering their respective low-end devices. While Qualcomm may be dominating the overall market share revenue, its MediaTek at first and Unisoc at second position in the budget segment, according to our findings.

User experience is what matters the most to all companies offering products in the consumer market. Whether it’s Qualcomm, MediaTek or Unisoc if a chip from either one of them performs inferior compared to what it has been claimed to deliver, the sales for the particular smartphone equipped with that chip drop. Hence, the demand for the chip in concern also falls, thereby affecting the chipmaker’s reputation.

While MediaTek has had this kind of reputation in the past due to the poor performance of its Helio P and Helio A series chips (which still see occasional adoption despite being very old), it regained its share with revamped Helio G series chips and Dimensity processors.

As it is a major player in the budget segment, MediaTek announced the Helio G series chips in 2020 beginning with Helio G25. These chips enable an advanced multi-camera framework, Dual 4G VoLTE, high refresh-rate screens, and a deluge of other camera features, such as electronic image stabilisation (EIS), high FPS video recording, depth sensor, and more.

Apart from that, the MediaTek Helio G series is designed to offer raw power that’s perfect for gaming. Gaming has already been a hot topic in India, and buyers in the budget segment want a device that can handle a decent amount of gaming which MediaTek’s G series chips proved they can achieve. The Helio G99, which is the most powerful chip in this series, has received positive feedback from users.

Poco M5, which is the most recent launch in India with Helio G99, has a rating of 4.5 stars out of 5 on Flipkart. Infinix Note 12 Pro, equipped with the same SoC, has a rating of 4.2 stars. We are not claiming that the rating is based solely on the smartphone’s performance, as other factors such as brand loyalty, after-sales service and other aspects of the device also play a major role. However, if the device’s performance is bad, it is the first thing a user notices and complains about.

Coming to Unisoc, the experience has been a mixed bag. While Unisoc Tiger series chips can handle daily usage fine for some, they cannot heavy tasks at all. When we reviewed the Nokia C21 Plus that comes with the SC9863A SoC, we said that despite running on completely stock Android 11 Go Edition, the phone could not perform satisfactorily. Helio G series processors from MediaTek perform much better in this range, especially in the Realme Narzo 50A, which costs almost the same as Nokia C21 Plus.

Apart from that, researchers at Check Point earlier this year analysed the UNISOC modem firmware and discovered that it’s affected by a serious vulnerability that can allow an attacker to launch a remote denial-of-service (DoS) attack against a device by using a specially crafted packet. It could theoretically allow an attacker to send a corrupted network packet and disable or interrupt the device’s network connectivity. While the issue was fixed with the security patch from Google soon after, instances like these do not instil confidence in the company making the chips as there’s always a fear that your data is at risk.

Coming to Qualcomm, the chipmaker has had a phenomenal track record, and people have had a mindset that their devices should have a Qualcomm chipset. However, this mindset has faded away in recent times, but so has the company’s focus on budget chips. While they do not have as big a portfolio as MediaTek has had in recent times for budget range chips which the latter keeps expanding regularly, Qualcomm still has a good set of chips that perform great for low-end devices.

One such recent chip was the Snapdragon 4 Gen 1, a 5G-enabled processor that can perform even under heavy gaming scenarios when we tested it on the iQOO Z6 Lite 5G. The brand also has Snapdragon 680, the new Snapdragon 6 Gen 1, etc, which currently do not have a high adoption rate.

Keeping all the numbers and user feedback in mind, we can say that MediaTek has been the king of budget smartphone processors. This is because the company has a wide range of portfolio and essentially, there’s a chip for everyone. The adoption rate of MediaTek’s Helio G series chips in budget smartphones has been considerably high recently and mixed with positive user feedback, MediaTek is leading the race in the low-end segment with quality chips.