MediaTek is mainly known for its smartphone business, but there are a lot of popular smart devices which have MediaTek chips inside. 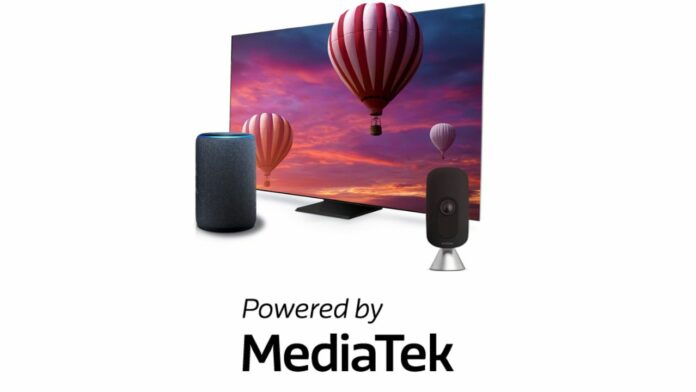 The market for smartphones is huge, and the heart of a smartphone is the processor inside, which processes thousands of tasks. MediaTek and Qualcomm are two major companies that make the processors or chipsets that phones contain. MediaTek has pulled ahead in the last few years to be number one for a lot of segments in processor technology.

The chip manufacturer, MediaTek, is the world leader in mid-tier mobile processors and has expanded to markets beyond smartphones, with their processors powering other devices as well. Let’s take a look at MediaTek’s position in the market.

When did MediaTek overtake Qualcomm?

MediaTek overtook Qualcomm back in 2020. A report by IDC showed that MediaTek grabbed 43% of the market share, closely followed by Qualcomm at 40%. In 2020 MediaTek shipped 351.8 million smartphone chipsets, an increase of 113.8 million over 2019.

The lead in smartphone sales is currently shared between Qualcomm and MediaTek. In January, Qualcomm had a 54% market share, but it declined to 47% in April of this year. Over the same time period, MediaTek’s share increased from 38%, and it holds 45% market share.

MediaTek leads the low-mid tier wholesale price segment, driven by its Helio G series and Dimensity 700 series. There is a slight decline in MediaTek shipments in Q2 2022 compared to the previous quarter due to order cuts from major Chinese OEMs.

While we discussed MediaTek’s growth in the smartphone market, we didn’t talk about how they provide power to a number of other devices, such as wearables, TV and smart Speakers and so on. Let’s have a look at them.

MediaTek has been powering many different kinds of Smart TVs models. In its Pentonic chipsets, there are five major aspects of technology that it focuses on. They are Display, Audio, AI, Broadcasting, and Connectivity. MediaTek also has an S-series of flagship 8KTV SoCs alongside its mainstream 4KTV SoCs.

“More than 60% of TVs worldwide are catered to with MediaTek chipsets,” as per Mediatek. The company’s chips power Smart TVs by brands like realme, Nokia, OnePlus, Blaupunkt, Motorola, Amazon’s Fire TV Omni series and more.

Even the smart clock segment has a few devices which are powered by Mediatek chipset. This includes one of the most popular smart clocks, namely the Lenovo Smart Clock 2.

It’s one of the recent T830 SoC for 5G routers and hotspots and has a Network Processing Unit (NPU) that supports over 20Gbps of routing speeds through 5G cellular to ethernet or Wi-Fi connections without CPU involvement. Routers powered with MediaTek SoC include Banana Pi BPI-R3 Wi-Fi 6, BUFFALO WI-FI 6 WSR-3200AX4S series, and more.

Some of the world’s slimmest and ultra-portable Chromebooks are powered by MediaTek’s chips. They come in three varieties: Kompanio 1000, Kompanio 800, and 500.

Chromebooks such as Lenovo IdeaPad Duet, Acer Chromebook Spin 311 and Asus Chromebook Flip CM3 are powered by MediatekTek chipsets. These Chromebooks have been successful, and people have liked their performance of these machines.

The Smart home is becoming more and more common, with important devices such as the Alexa-powered speakers becoming invaluable to manage your home hands-free. These devices typically have a MediaTek chip at their core.

The e​cobee SmartCamera with Voice Control is powered by MediaTek MT8183, an advanced onboard processing chipset that makes it easy to add more processors for additional tasks and benefits.

MediaTek is powering a wide range of IoT devices for home use in addition to those from Alexa. They include light bulbs, smart switches, vacuum cleaners and more. Some devices in the ecosystem include the Meross Smart Light Bulb, Peerless Smart Switch, Panasonic Robot Vacuum Cleaner Rulo, June Smart Oven, Phyn Smart Water Assitant, Ecobee Smart Thermostat AT and Amazon Smart Oven.

MediaTek has been powering a number of different devices for a long time and mobilizes devices with its chipsets. The company is mainly known for their smartphone business but has a major presence in other connected devices segments as well.