DoT has announced that 5G network will roll out in India starting 2022. It will initially be rolled out in 13 cities. 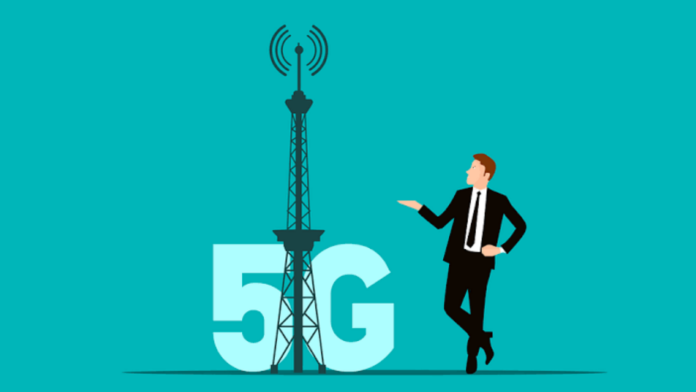 We finally have some good news as there has been a confirmation that 5G is about to arrive inIndia starting next year. Here’s all you need to know about the development:

What’s the development about?

The development is about the availability of 5G in India, where the Department of Telecommunications (DoT) has announced that 5G internet services will indeed be rolled out in India in 2022. As per a press statement, 13 cities across the country will get 5G in the beginning. However, there’s no exact launch timeline for the services. Further, the government didn’t confirm which telecom operator will be the first to roll out 5G services commercially. All the three leading telecom operators including Jio, Airtel and Vi (Vodafone Idea) have already set up trial sites in 13 cities.

Where will 5G be available first in India?

The 13 cities where it will be available first include Ahmedabad, Bengaluru, Chandigarh, Chennai, Delhi, Gandhinagar, Gurugram, Hyderabad, Jamnagar, Kolkata, Lucknow, Mumbai and Pune. In addition, doT has partnered with eight agencies for the Indigenous 5G (/topic/5g) Test bed project that started in 2018 and is set to be completed by December 31, 2021.

Further, in September, 2021, a reference had been sent to TRAI by DoT, seeking recommendations for the auction of spectrum identified for International Mobile Telecommunications (IMT)/ 5G with regard to reserve price , band plan, block size, quantum of spectrum to be auctioned and conditions of auctions in 526-698 MHZ,700 MHZ, 800 MHZ, 900 MHZ, 1800 MHZ, 2100 MHZ, 2300 MHZ, 2500 MHZ, 3300-3670 MHZ and 24.25-28.5 GHZ bands for 5G public as well as private 5G networks, for meeting the spectrum requirements of captive 5G applications of the industry (Industry 4.0). Further, process of assignment of frequencies to TSPs would be initiated at the earliest possible.

Status of Jio, Airtel, Vi with regards to 5G

Back in December of 2020, Jio announced that it would launch 5G network in second half of 2021 but unfortunately didn’t happen. In June 2021, it said that it is uniquely positioned to quickly and seamlessly upgrade to 5G. To develop 5G ecosystem, it is working with global partners to develop a range of 5G devices. “Jio is not just working to make India 2G-mukt, but also 5G-yukt”, said Ambani at Reliance AGM 2021. It is also claimed to have recorded a peak speed of 1 Gbps during its trials.

As for Vodafone Idea, it has partnered with both Ericsson and Nokia in the past to showcase its 5G technology. Using Nokia’s solution, Vi successfully provided 5G connectivity across an area covering 17.1 km while delivering more than 100Mbps during the trails. This 5G trial by Vi, along with Nokia, supports the Indian Government’s Digital India vision of providing reliable and high-speed connectivity in rural areas. Vi uses Nokia’s AirScale radio portfolio and Microwave E-band solution for the trial that supports enterprises, large and small and medium businesses, with reliable connectivity.

Airtel announced in January that it had successfully tested 5G in Hyderabad and has partnered with multiple gear-providers for 5G including TCS Group, Ericsson, Qualcomm, Accenture, and even Nokia. Airtel said that they will deploy Intel’s latest 3rd gen Xeon Scalable processors, FPGAs and eASICs. Further, they will also use Ethernet 800 series across its network to build a solid foundation for rolling out wide-scale 5G.

As members of the O-RAN Alliance, Airtel and Intel will work closely for developing a range of Make in India 5G solutions. The partnership will enable world-class telecom infrastructure in India through local partners. Open radio access network (O-RAN) will be an area of tremendous innovation and creativity in the coming years.

In July, Airtel tested 5G in Mumbai using equipment provided by Nokia. The trial was conducted in the 3500 MHz band. The test reportedly delivered speeds of over 1 Gbps with ultra-low latency. The development was later also confirmed by a Nokia India spokesperson.

How does 5G work and for how long it has been available since?

5G has been available since early 2019 when global operators began the rollout and it mainly works in 3 bands including low, mid, and high-frequency spectrum. In the low band spectrum, the speed is limited to 100 Mbps while in the mid-band spectrum higher speeds are offered compared to the low band. However, it has limitations in terms of coverage area and penetration of signals. Internet speed in the high-band spectrum goes up till 20 Gbps.

However, 5G is about more than just how fast it can be. In addition to higher peak data rates, 5G is designed to provide much better experiences in comparison with 4G such as in network capacity by expanding into new spectrum, such as mmWave. 5G can also deliver much lower latency for a more immediate response that accounts for an overall better experience.

What happens after 5G becomes available in India?

After 5G rolls out in India, necessary hardware is required for it to work which is why if you want to take advantage of 5G network, you will need to upgrade to a 5G smartphone. 5G phones are already available at affordable prices with the portfolio expanding every month. However, you will also need to be aware of what 5G bands your device supports as some devices come with support for only 1 or 2 5G bands which might not be supported by the operators once the 5G rolls out.

This was all that you need to know about the status of 5G in India right now. It remains to be seen how the operators commercialise 5G and at what prices it is offered at, considering 4G prepaid plans prices are already on a rise.