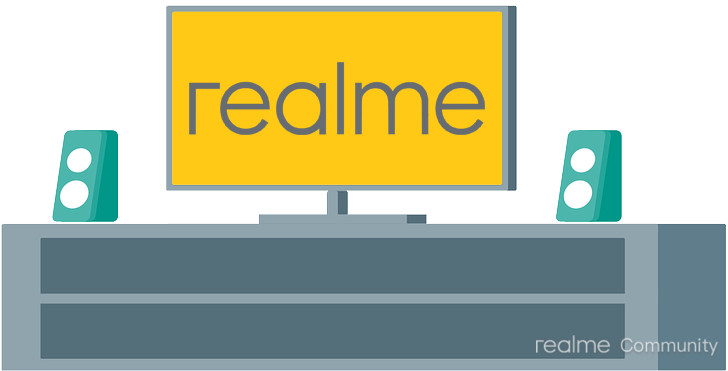 The upcoming Realme TV will be competing with its biggest smartphone rival in the country - Xiaomi.

Realme was expected to launch first-ever Smart TV at the Mobile World Congress (MWC) 2020 but now the event is canceled. Now it has been revealed that Realme will launch its new TV in Q2 2020.

In an interview with Trakin Tech, Realme India CEO Madhav Seth has said that the company will launch several products including smart speakers in the coming months. Further, he also revealed that they will launch Realme Smart TV in Q2 2020, around April.

Francis Wang, CMO of Realme Mobiles, on Twitter has posted an image of the container and said that it will open it for India customer in March.

We will open this container for India customers in March. #realme#DareToLeap pic.twitter.com/QysAMijm3I

An exact launch date has not been announced yet but the company is expected to start teasing the arrival of the product soon. The upcoming Realme TV will be competing with its biggest smartphone rival in the country – Xiaomi. Apart from this, it will face competition from other TVs from Motorola, Nokia, TCL and OnePlus.

Meanwhile, Realme X50 Pro 5G is all set to be launched in India on February 24. The phone will be available on Flipkart after its launch in India. Realme X50 Pro will feature a Super AMOLED display on its front panel which can support up to 90Hz screen refresh rate. The phone is also confirmed to feature 65W SuperDart charging technology.