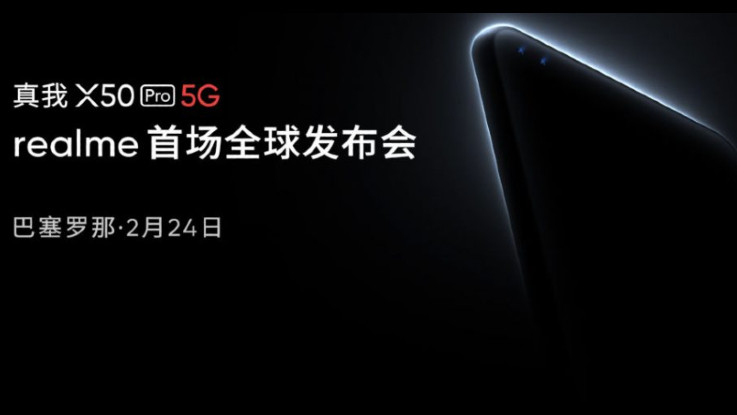 Realme X50 5G will also be announced online globally in Madrid on February 24.

Meanwhile, Realme in a poster on Weibo has now confirmed that the Realme X50 Pro will feature a 64 megapixels primary sensor for quad-camera setup. The phone will also support up to 20x hybrid zoom which means that the device is likely to be equipped with a telephoto camera as well.

Realme X50 Pro 5G will come loaded with a dual-punch hole design. The phone is said to be backed by 12GB of LPDDR5 RAM and up to 256GB of UFS 3.0 storage. It might come with an AMOLED Full HD+ resolution with 2400 x 1080 pixels resolution.