In December last year, Realme trademarked Dart and SuperDart names for its own fast charging technology.

Realme X50 Pro 5G is all set to be launched online in Madrid on February 24. Now ahead of the launch, Realme has now confirmed that Realme X50 Pro will feature 65W SuperDart charging technology.

In December last year, Realme trademarked Dart and SuperDart names for its own fast charging technology. The Twitter account of the Realme Europe has now released a teaser revealing new 65W SuperDart charging capability of the Realme X50 Pro. 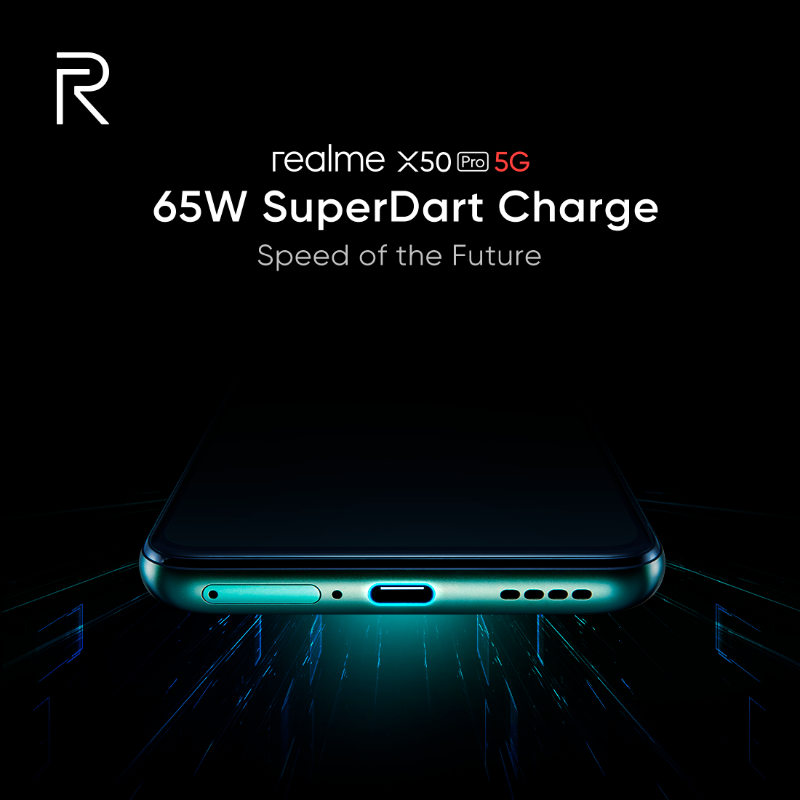 Realme X50 Pro 5G was originally scheduled to be announced at MWC 2020 event. Now since this year MWC event has been canceled due to coronavirus outbreak, Realme has now announced that it is going to launch Realme X50 Pro 5G online globally in Madrid on February 24th.

Realme X50 Pro 5G will come loaded with a dual-punch hole design, which is similar to what we have seen in the Realme X50 5G. Earlier Realme China CMO Xu Qi Chase revealed that the upcoming smartphone will be powered by the latest Qualcomm Snapdragon 865 processor and it will bear model number RMX2071. The phone is said to be backed by 12GB of LPDDR5 RAM and up to 256GB of UFS 3.0 storage.