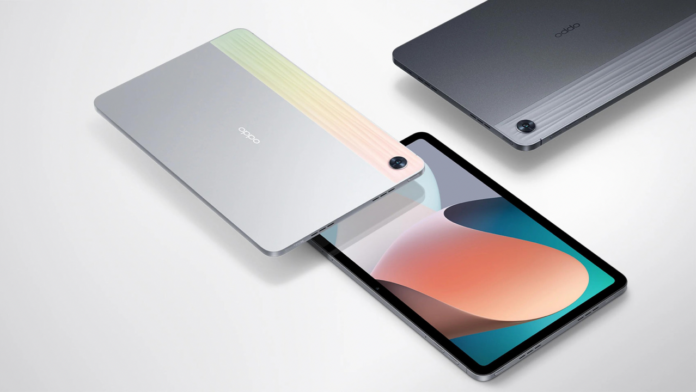 Of late, the budget tablet market has evolved in India and we have seen several notable tablets from brands such as Realme, Motorola, Nokia and Oppo in recent times. Oppo which was till now focussing only on smartphones has also entered the Android tablet market in India this year. The Oppo Pad Air made its debut in July at an affordable price tag in the country.

The Oppo Pad Air is powered by Qualcomm’s Snapdragon 680 SoC and is the company’s first tablet offering in India. It also comes with other features like 10.36-inch 2K display, a 7100mAh battery with 18W fast charging support and an 8MP rear camera. Let’s the Oppo Pad Air features and specifications details.

At this price point, we have some good options available from brands like Realme, Motorola, Nokia and more. The Realme Pad X price starts at Rs 19,999 in India. The Moto Tab G62 comes at starting Rs 15,999 while the Nokia T20 will cost you Rs 15,499. Now the question arises “Is the Oppo Pad Air worth Rs 16,990?” Let’s try to find out in this article.

Oppo Pad Air comes with a flat-edged design and the display has a thin bezel. It is very lightweight and weighs about 440g. Further, the tablet is only 6.94 mm thick which should make it comfortable to hold. There is a dual-tone texture on the rear panel of the Pad Air which makes it look quite attractive.

For the display, the tablet has a large 10.36-inch 2K (2000 x 1200 pixel) screen, an 83.5 per cent screen-to-body ratio, and an Eye protection mode. In tablets, the display makes an important factor in buying decisions as a big screen will offer you an immersive experience and the user can fully enjoy the content on a larger display.

Talking of other tablets available in the market, the Realme Pad X sports an 11-inch LCD display with a 2K resolution while the Nokia T20 tablet features a 10.4-inch 2K display. Then there is Moto Tab G62 as well in the market which offers a 10.6-inch (2000 x 1200 pixels) 2K LCD screen. The Oppo tab is offering a bit smaller screen than all these tablets but if you are an Oppo lover, then such a minimal difference should not be a problem for you.

Oppo has used the Snapdragon 680 chipset to power the tablet. The chipset is adequate for most computing tasks that you do daily. So, if you need a tablet for handling daily tasks like surfing the net, playing video games, listening to songs or reading articles then Oppo Pad Air will serve your purpose easily.

Offering two storage options, Oppo also supports expandable storage for cards up to 512GB. The tablet is only available in 4GB RAM options. It would be better if the company provided a higher RAM option to appeal to customers. Apart from this, talking about audio, this tablet comes with Dolby Atmos Stereo Quad Speakers that can enhance sound performance.

In comparison, Realme Pad X is powered by a slightly powerful Snapdragon 695 chipset paired with up to 6GB of RAM and up to 128GB of storage. The Moto Tab G62 is also powered by the same Snapdragon 680 processor as Oppo Air while Nokia T20 packs a Unisoc Tiger T610 chipset. While the Realme tab does pack a slightly more powerful processor, you wouldn’t be able to notice a difference in performance in day-to-day usage, as well as while gaming. Also, Realme Pad X comes with up to 6GB RAM, so Realme has more options for which you’ll have to shed a few more bucks.

Coming to the software, Oppo Pad Air runs Oppo’s ColorOS 12.1 software which is based on Android 12. The software is claimed to have been customised with features like split-screen and multi-device connect function that allows you to cast a phone screen to the tablet. Realme tab and Moto tab also run the Android 12 operating system. Therefore, the final choice purely depends on your preference.

The Oppo tablet packs a 7100mAh battery with support for 18W fast charging. The battery should run for at least two days with moderate use. But the Realme Pad X has the edge over the Oppo Pad Air because it comes with an 8,340mAh battery with 33W fast charging support. And so are Nokia T20 and Moto Tab G62 with 8200mAh and 7700mAH batteries respectively. If you are willing to shell out a bit more money, our vote goes out for Realme Pad X.

Generally, we may not go out shooting pictures with the tablet, so the rear camera does not play a significant role in the overall experience. However, the front camera might be an important aspect for most people as they would attend meetings and chat with friends & family on the tablet. We have not reviewed these devices, so we can’t say much about them. As far as on-paper specs are concerned, the Realme Pad X seems to be a better option.

Should You Buy Oppo Pad Air?

Oppo Pad Air seems to be a decent offering by the company in this segment with a decent screen size, battery and quad speakers. You can watch movies, browse the web and perform your daily tasks easily on this tablet. But it is to be noted that the hardware offered may not be suitable for heavy usage like gaming. This tablet is offering the same features as the others in this price range. So, if you are looking for a budget Android tablet for your entertainment, education or official needs, then Oppo Pad Air could be a great option for Rs 16,999.