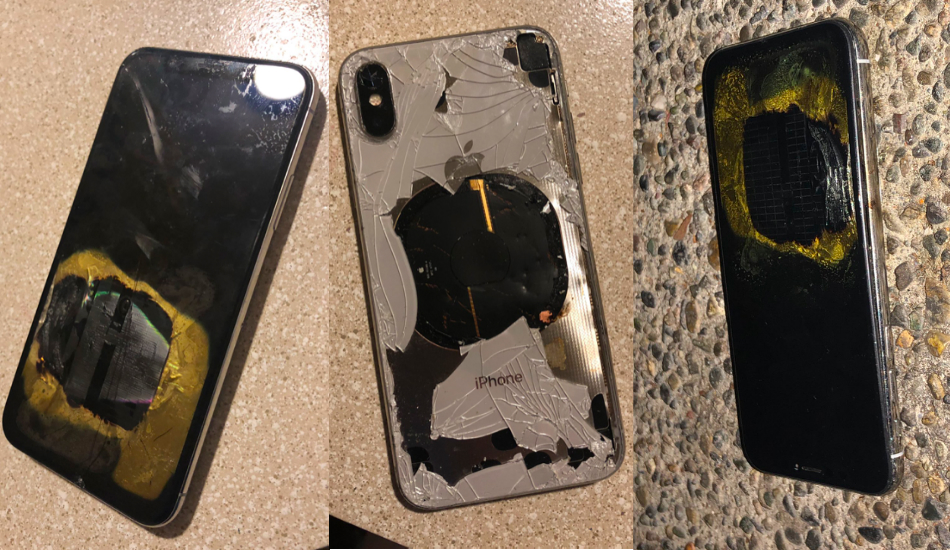 The user said that his iPhone X was running normally until he downloaded and tried to install the iOS 12.1 update on the device. The device which was still in process of the update when suddenly a dark grey smoke came out of it. On completion of the update, the iPhone started to smoke and then caught fire.

In a shocking development, a user reported that his 10-month old iPhone X overheated during the process of updating the device to iOS 12.1 soon after which it exploded and caught fire. Apple did react to the issue as a standard response and offered to investigate on the matter.

A Twitter user from Washington, US, claimed that his iPhone X that he bought during January this year was running normally until he downloaded and tried to install the iOS 12.1 update on the device. The device which was still in process of the update suddenly started to emit a dark grey smoke. As soon as the device was turned on after completion of the update, it started to smoke and then caught fire.

That’s definitely not expected behavior. DM us, so we can look into this with you: https://t.co/GDrqU22YpT

The user claims that he removed the charged from the device when it realised that it was getting hotter than usual and said he was indeed using the bundled official Apple Lightning Cable and adapter. The device exploded when the smoke emerged from its inside and this happened after it was removed from charging.

As a standard response to the incident, Apple replied saying “That’s definitely not expected behaviour. DM us, so we can look into this with you”. The Cupertino company has asked the user to ship the phone to them for further investigation on the matter.

So far, there haven’t been any other reports of an exploding iPhone X but there have been instances where smartphone have turned out to be less of a boon. Recently, a Mi A1 from Xiaomi was reported to have exploded while on charge overnight. Before that, a Galaxy Note 9 from earlier this year, was caught burning inside a lady’s purse. Apple has had its own share of exploding phone and so have Nokia, OnePlus and Reliance Jio.