Indian teen dies after smartphone explodes during a call 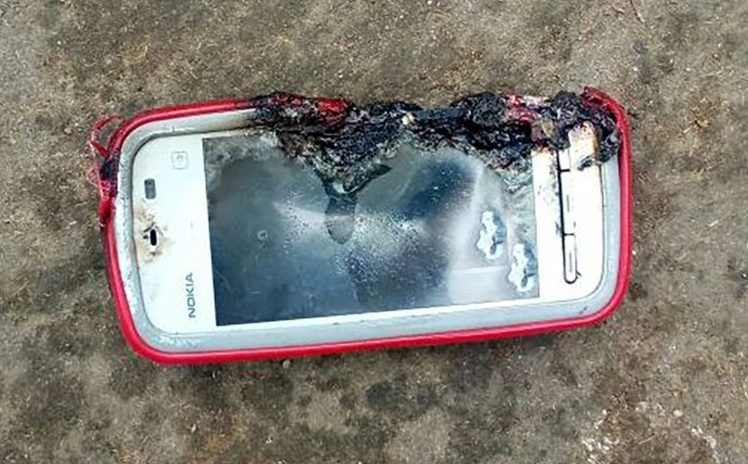 The device in question was stated to be the much older Nokia 3110 but photos of the damaged phone indicate that it could be Nokia 5233.

A 19-year old girl from India died after her mobile phone exploded while she was talking over the phone. Uma Oram, from Kheriakani village in eastern Odisha, was talking on her phone while the device was still kept on charging when the mobile phone abruptly exploded. It’s reported that the blast’s severeness lead to burns in the victim’s chest, hands, and legs which rendered her unconscious post the explosion.

Uma was declared dead upon being rushed to the hospital on account of the injuries suffered aftermath the explosion. On the recount of the incident, Durga Oram, the victim’s brother revealed that Uma had plugged in the device for charging when it suddenly exploded.

Burga told the reporter that the phone was a Nokia 3310 but from the looks of it, the damaged phone seems similar to a Nokia 5233. Meanwhile, a spokesperson for HMD said in a statement that the device was one of their own. The HMD spokesperson said “We are deeply saddened to hear of the unfortunate incident involving a 19-year-old girl that has been reported. The mobile phone in question was not manufactured or sold by HMD Global, the new home of Nokia phones, set up in 2016 to create a new range of devices.”

The company added, “As HMD Global, we are committed to producing high-quality handsets which deliver a strong user experience and meet high customer expectations”.