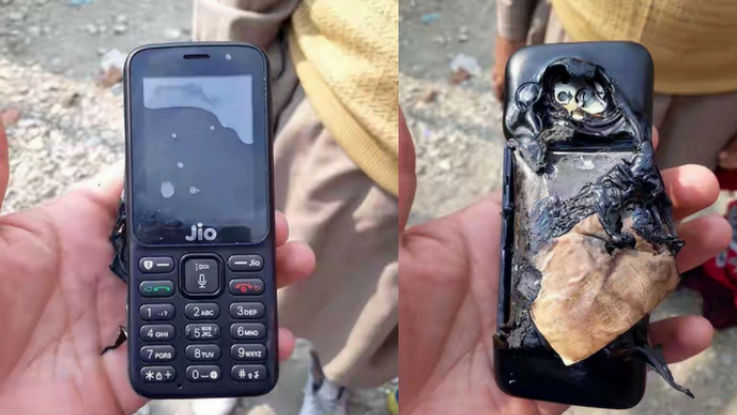 The incident took place in Kashmir and the company has responded saying that “this is a case of intentional sabotage”.

Reliance JioPhone has allegedly exploded while charging with the back of the device completely burnt and melted. The incident took place in Kashmir and the company has responded saying that “this is a case of intentional sabotage”.

According to a report, the front of the device is intact and the display of the phone could be damaged. The blog claims that the information was checked from the LYF distributor who personally inspected the device.

The report further mentions that the explosion was due to the faulty charger and it has the image fo the melted wire of the charger. The distributor further adds that the battery of the unit is operational and the report adds that the incident could be a deliberate attempt.

“JioPhones are designed and manufactured with global standards, and each phone goes through stringent quality control process. The said incident has been reported to us. Our initial investigation suggests that this is a case of intentional sabotage. The damage to the device seems to have been intentionally caused. The incident, as well as its timing, has been designed by vested interests to malign the brand. We will take appropriate action based on further investigations,” A spokesperson from Reliance Retail said in a statement.