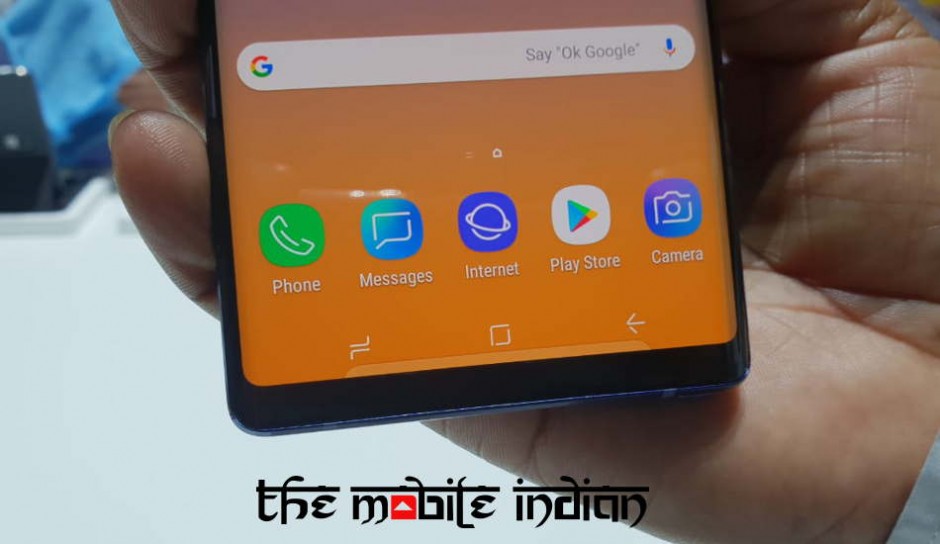 Samsung’s latest Galaxy Note 9 device was found bursting into flames inside the purse of a Long Island resident. Diane Chung, a real estate agent realised her new Note 9 was getting “extremely hot” soon after which dropped her phone inside her bag and realized that the device had caught fire.

Among the many things Samsung might want to forget about its past, the Note 7 fiasco will be at the top of the list and rightly so. Since then Samsung has released four flagship smartphones including the latest Galaxy Note 9, which has now been linked with a fire accident.

Accordingto the New York Post, Samsung’s latest Galaxy Note 9 device was found bursting into flames inside the purse of a Long Island resident. Diane Chung, a real estate agent realised her new Note 9 was getting “extremely hot” and thus decided to stop using it and put it inside her bag. At the moment, she was in an elevator, all by herself and heard whistling noises followed by fumes of smoke getting out of her handbag.

In an effort to not worsen the situation, Chung then went on to empty her purse and remove the burning phone, during which time she claims to have burnt her hand. The smoke inside the elevator started getting thicker, thus making it harder for Chung to see and in an act of panic pressed all the elevator buttons to get out. Having reached the lobby, she kicked the burning phone out of the elevator, soon after which someone in the lobby picked it with a cloth and dropped it into the water for safety.

Chung has pressed charges against Samsung and claims the experience as “traumatic”, having lost her clients’ contacts and everything inside her bag burnt. She now has filed for unspecified damages and a restraining order that will bar Samsung from selling any more of the Note 9.

A Samsung spokesperson replied vaguely on the matter saying “We have not received any reports of similar incidents involving a Galaxy Note9 device and we are investigating the matter”.

The incident come after company CEO Koh Dong-jin claimed that the Galaxy Note 9 was “safer than ever”. This was said as to make Samsung loyals believe that there won’t be another Note 7 fiasco which happened in 2016. This was when the South Korean company had to ditch 2.5 million units of its flagship phone due to battery failures leading to several incidents of phones catching fire. With all that in mind, we surely do hope the Note 9 isn’t one of them.