ACT Fibernet is offering upgraded speed to 300Mbps, up from the base 100Mbps.

Earlier this month, ACT Fibernet announced an upgrade to 300Mbps speeds along with unlimited data consumption to all its users in India. The free upgrade was valid for the entire month of March, but the company has now extended the deadline for these benefits to April 30 without extra cost.

The company had introduced these benefits due to the Coronavirus outbreak and the work from home policy and encourage social distancing. ACT Fibernet is offering upgraded speed to 300Mbps, up from the base 100Mbps. It is also giving unlimited FUP on the data at no cost. 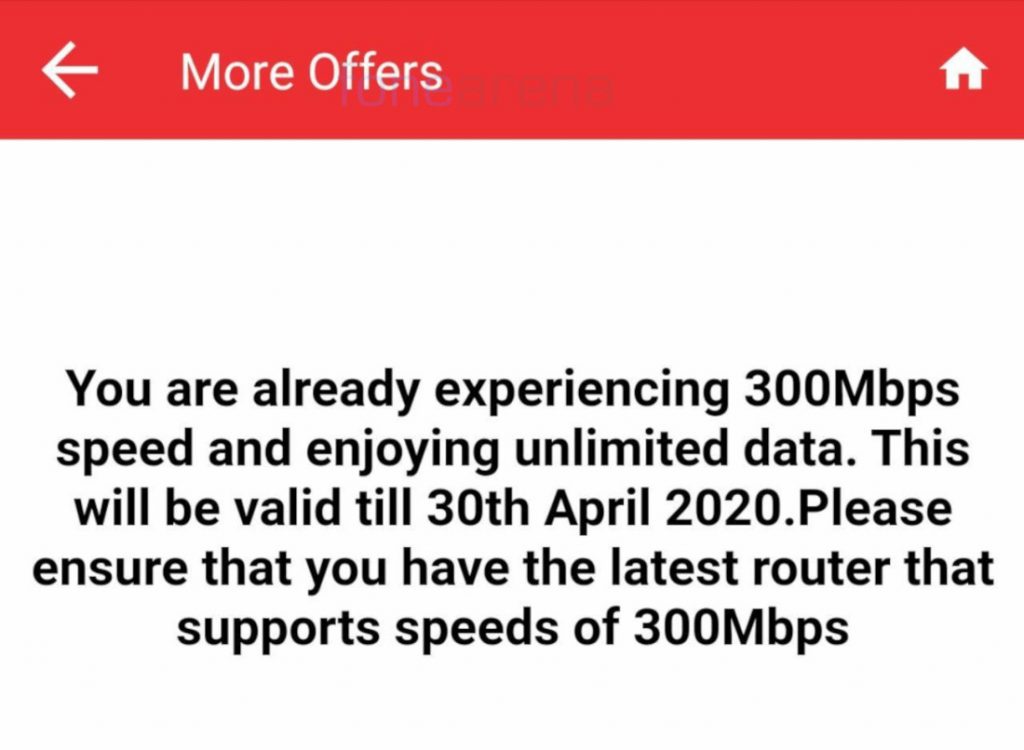 Recently. BSNL announced a new broadband plan for its customers in India offering free internet to all its customers across the country. The new plan is known as Wok@Home broadband plan and it is free of cost. It will provide 5GB of data per day with internet speeds of 10 Mbps and once the data limit is exhausted, users can still use the internet at a reduced speed of 1 Mbps.

Reliance Jio has now extended JioPhone users validity. Now the users will now be able to receive incoming calls post validity expiration. All the JioPhone users will get free 100 minutes of calls and 100 SMS anywhere in the country till April 17th, 2020.