Xiaomi Mi Band 7 will have support for several watch faces and built-in GPS. In addition, there will be Zumba, Aerobics workout modes. 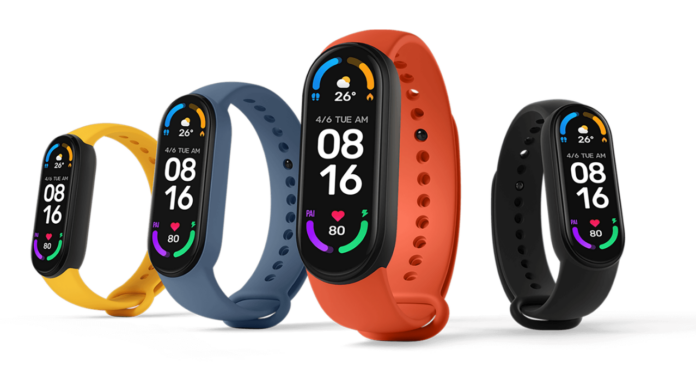 Xiaomi has confirmed to launch the next-generation Mi Band 7 on 24 May in China. The fitness tracker will be launched alongside the Redmi Note 11T series smartphones on the said date.

The company has shared a teaser poster of the Xiaomi Mi Band 7 which suggests that the upcoming wearable might be similar to its predecessor in terms of its design. Xiaomi will reportedly launch a Standard Edition and NFC Edition of the upcoming band.

ALSO READ: Xiaomi Mi Band 7 said to be in works with a bigger display and built-in GPS

An earlier report revealed that the Mi Band 7 has the codename L66 and will have model numbers M2129B1 and M2130B1. It will come with an even larger display than the one of the Mi Band 6 with a 192 x 490 pixel resolution. It will have an always-on display feature as well. The exact screen size has not been revealed in the leak. To recall, the Mi Band 6 has a 1.56-inch display.

The upcoming Mi Band 7 will support several watch faces and built-in GPS. In addition, there will be various workout modes like Zumba, Aerobics, etc.

Further, the upcoming wearable will come with a Smart Alarm feature. This feature will automatically wake you up from light sleep 30 minutes before your predefined alarm. Lastly, Mi Band 7 will come with a new Power Savings mode. This mode is said to improve the battery life of the smart band.

Meanwhile, the Redmi Note 11T Pro and Note 11T Pro+ will be announced at 7:00 PM (local time) on May 24. The company has also started receiving reservations for the Note 11T series through its official website.

Redmi earlier said that the Redmi Note 11T series will achieve Turbo level in terms of performance, tuning, flagship quality, and smoother experience. In addition, it will be equipped with the company’s first performance acceleration technology.