Redmi Note 11T Series is launching on May 24 in China. Ahead of the launch, the design has also been teased. 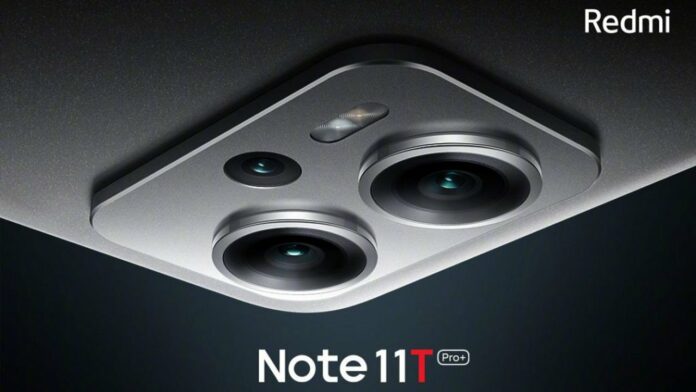 The Chinese manufacturer confirmed that Redmi Note 11T Pro and Note 11T Pro+ would be announced at 7:00 PM (local time) on May 24. The company has also started receiving reservations for the Note 11T series through its official website.

The teaser for the Note 11T Pro series shows the rear design. It will sport a triple
rear camera setup with an LED flash. It appears that the series will come in Blue and Silver colours.

Redmi earlier said that the Redmi Note 11T series will achieve Turbo level in terms of performance, tuning, flagship quality, and smoother experience. In addition, it will be equipped with the company’s first performance acceleration technology. However, the company has yet to confirm the hardware specs of the Note 11T and Note 11T Pro.

Previously, two Redmi devices with model numbers 22041216C and 22041216UC were spotted on TENAA and 3C Chinese certification websites. The former is expected to launch as the Redmi Note 11T. It will be different from Redmi Note 11T available in India and other markets already. The 22041216UC model is said to be launched as Redmi Note 11T Pro in China.

Both are said to sport 6.6-inch display with Full HD+ resolution and up to a 144Hz refresh rate. The devices should run on the Android 12 OS and MIUI 13.