Here’s a list of top tech controversies of 2022 involving big companies such as Google, Meta, Netflix and more. 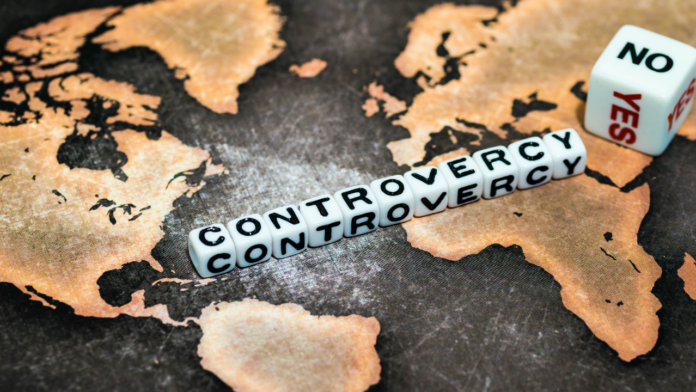 2022 has been a year of new startups and companies facing cut throat competition in the tech space. However, there were a bunch of controversies too, which caught the eyes of the people and made them more aware of how the big and prominent organisations were functioning. So here’s a list of top tech controversies in 2022 that were worth looking at.

Twitter was a part of one of the biggest tech controversies of the year. 2022 was a bumpy ride for Twitter and platform underwent loads of changes from the ownership of the platform to the basic features and experience of using the social media platform. Elon Musk changed his decisions multiple times whether to buy Twitter or not and ultimately ended up buying it.

Since then, a bunch of people have appreciated the changes he has made to the platform with his free-speech practice in mind. On the other hand, an equal amount of people are upset with him taking over on one of the most used social media platforms on the planet, and some of them were prominent celebrities.

Meta made one of its biggest head-count reduction this past year, in its 18-year old history due to which it has made it to our list of top tech controversies in 2022. Mark Zuckerberg, CEO of Meta, announced the biggest layoff in the history of Meta (formerly Facebook) via a blog post where told us about what he wrote to his employees. The main reasons due to which this happened included over-investments, macroeconomic downturn, ads signal loss, increased competition, and a downward trend in the company’s sales.

Google’s dominance in certain key tech areas came under the spotlight where the Competition Commission of India slapped a Rs 2274 Cr fine on Google over two separate instances of anticompetitive practices.

Besides this though, Google is also faced antitrust investigations for alleged abuse of its dominant position in the news aggregation space via Google News, the digital payments market through Google Pay, and numerous other complaints against Google Search preferring to show its own services over its rivals in results.

The year 2022 was a year Netflix wouldn’t want to remember because for the first time in over a decade, the brand lost a whopping 200,000 subscribers as per its earning report of Q1 2022. It was also on the path to loose another 2 million viewers by the end of Q2. Moreover, it was frustrated over its failed attempts to be successful in India. To solve these issues, the streaming service came up with a cheaper plan but with ads. Furthermore, it is also being reported that the platform is planning to end the password sharing feature early in 2023.

Byju’s, Indian highest-valued startup, had its worst year since inception, thanks to a series of controversies over its financials, unpaid loans, governance and layoffs, among other things. In October, it laid off 2,500 employees as it consolidated the many platforms it has acquired – like Toppr, Meritnation, TutorVista, Scholar and HashLearn. Furthermore, it was also called upon for its trade practices by different government ministries.

Recently, it was summoned by the NCPCR due to allegations that certain “guidelines” were being violated by the edtech firm. Further, the country’s largest edtech startup has also been questioned for the delay in the repayment of the loan it took to purchase Aakash Institute last year.