Realme Buds Air 3 TWS will make its debut in India on April 7 alongside Realme GT 2 Pro and Realme GT 2 smartphones. 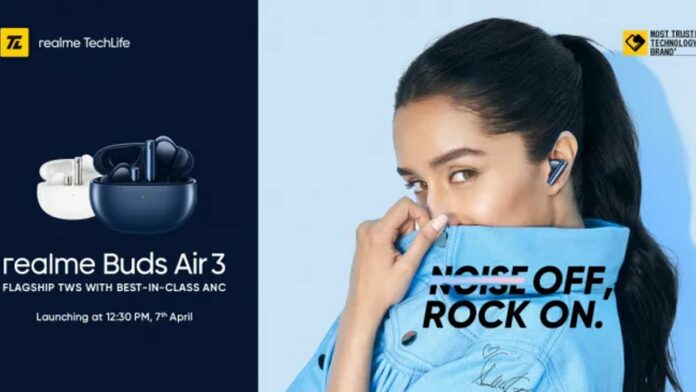 Realme will launch the Buds Air 3 TWS earphones and Realme Book Prime in the month of April. The company has confirmed that the upcoming TWS and laptop will launch in India on April 7.

The Buds Air 3 TWS and Realme Book Prime will be launched alongside the Realme GT 2 Pro on April 7. Along with the TWS and phone, the company will also launch Realme Smart TV Stick on the same day.

The Realme Buds Air 3 will be the successors to the Buds Air 2 earbuds which were launched in India last year at Rs 3,299. They were unveiled at MWC 2022 along with the Realme Book Prime laptop in February this year.

Additionally, they come with a 546mAh battery. They offer up to 30hrs of playback along with 100% charge in 1hour. The company claims that the Buds Air 3 can play 100 mins of music play with just 10 minutes of fast charging. They boast an IPX5 rating and connects over Bluetooth 5.2 to any device.