PUBG Mobile will stop working in India from Tommorow 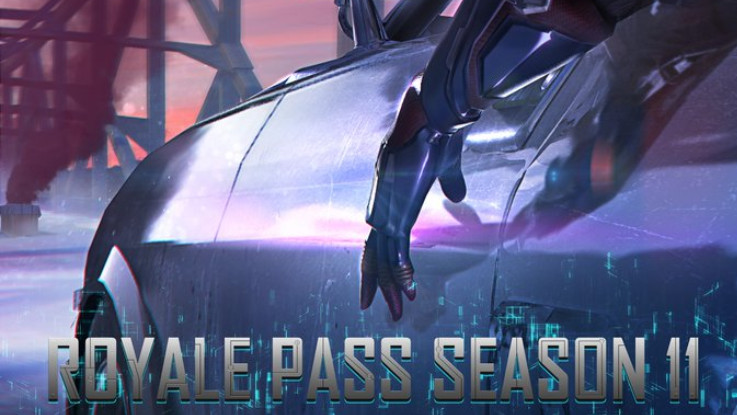 PUBG mobile will now stop working after 30th October, as the company confirms the same through a facebook post.

PUBG Mobile and PUBG Mobile Lite were banned by the Indian Government around two months back in September beginning. The only surprising thing was that it still worked by downloading the APK file but now, PUBG has confirmed that the servers in India will be shutting down, so as to comply with Government orders, starting 30th October and game will not be available.

This means that you won’t be able to play PUBG Mobile or PUBG Mobile Lite after 30th October, as officially announced by the company on its Facebook page. 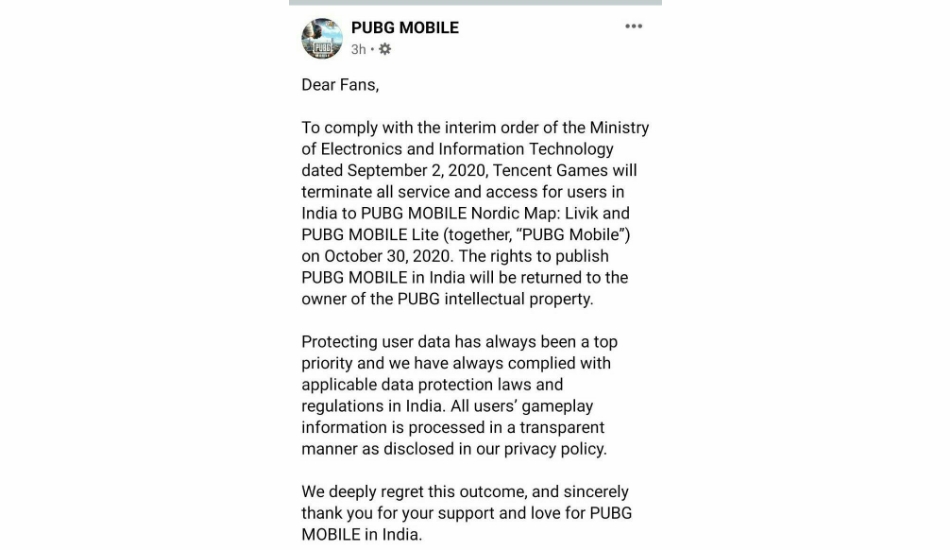 The PubG were removed from Play Store and App Store soon after the ban was announced but as it has been the case since many years with Android users, they could still download the APK file and make it work on their devices. Till now, the servers weren’t shut down and the game was still playable up until this point.

PUBG cutting ties with Tencent for the publishing rights of the game in India gave some hopes to the players that it might suffice in resolving Indian Government’s security concerns related to the data of the users being sent to Chinese servers, but this situation shows that it wasn’t enough.

Just a few days back there was news of an Indian Job Listing for the PUBG Corporate Development Division position but now that seems to be fake, perhaps. PUBG was also in talks with Jio and Airtel at different points of time but that too seems to be cancelled as of now.

Read More:Why PUBG is not banned on PC or console?

Notably, while PUBG mobile might be gone but PUBG is still available for users. This is because PUBG is developed and distributed by PUBG Corporation, a South Korean gaming company. However, PUBG Mobile is distributed by the Chinese company Tencent Games. This was the version that was banned by the Indian government due to its connection with China but not the PC version of the mobile gaming app.