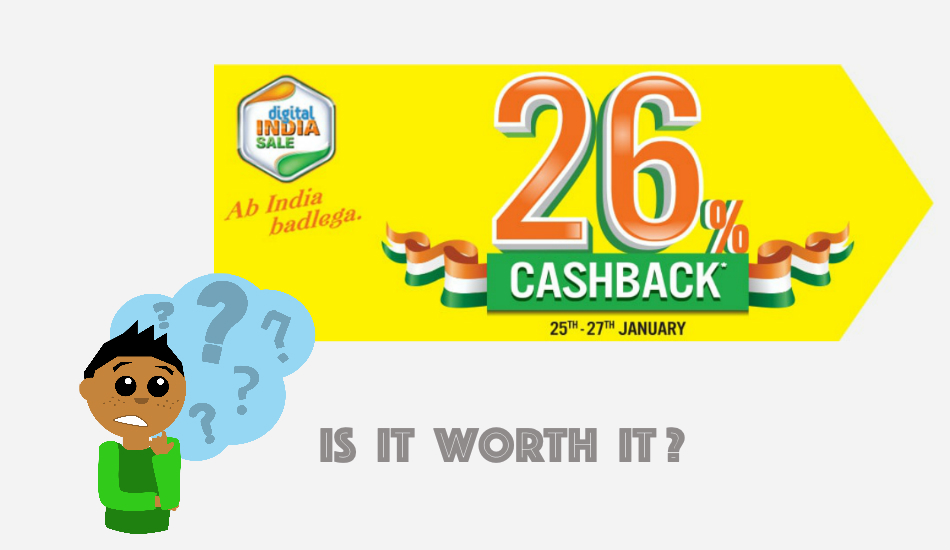 Not only are these products not worth the price that you might pay for it, but some of these might also be so predated that they directly deserve to dumped. Buying such items will only contribute to the growing e-waste figures which have risen to 17 percent only through the household.

Both Amazon and Flipkart lined up a cart of offers during their respective Republic Day sales and now Reliance is hosting its own Digital India Sale on its Reliance Digital platform between January 25 and January 27 with up to 26 percent cashbacks.

While there are a handful of products that appear to have attractive prices, there are a dozen more which don’t seem worthy of being purchased during the three-day sale at the e-commerce platform. Not only are these products not worth the price that you might for it, but some of these might also be so predated that they directly deserve to dumped. Buying such items will only contribute to the growing e-waste figures which have risen to 17 percent only through household as we got to know through a recent survey. We are here to help you figure out what all products you should steer away from when browsing through the ‘Digital India Sale’ on Reliance Digital. Let’s find out.

There comes a point in a potential buyer’s routine when you stumble upon an item which for being simple will be priced way too high for no reasons. The Oppo A7 is such a device. Oppo A7 was launched with 4GB RAM + 64GB storage last year in November for Rs 16,990. While that was the introductory price, Reliance Digital is now listing the device on ‘Offer’ and wrongfully displaying the original price as Rs 18,990. As for the smartphone, the Oppo A7 features a 6.2-inch HD+ IPS LCD waterdrop display with a resolution of 1520 x 720 pixels. The phone is powered by the Qualcomm Snapdragon 450 processor with Adreno 506 GPU, 4GB RAM and 64GB storage. It has a dual 13MP + 2MP camera at the back and a 16MP sensor on the front and runs on Android 8.1 Oreo-based ColorOS 5.2 with a 4,230mAh battery. For around the same price, users can look at a lot of options including the Redmi Note 6 Pro, Realme U1 and Asus Zenfone Max Pro M2, all of which offer a mid-range processor for around the same price as that of the Oppo A7 which has an entry-level chipset. You can also check out our Top 5 list of smartphones under Rs 15,000 for the month of January which we updated recently.

Reliance is also hosting Samsung’s Galaxy A7 on ‘Offer’ and similar to the above-listed product, the Galaxy A7 is also being sold for its regular price without any real deal. The original price of the smartphone is shown as Rs 25,990 but the device was never sold at that since it was launched for Rs 23,990 last year and has recently received a price cut to bring its price to Rs 18,990. 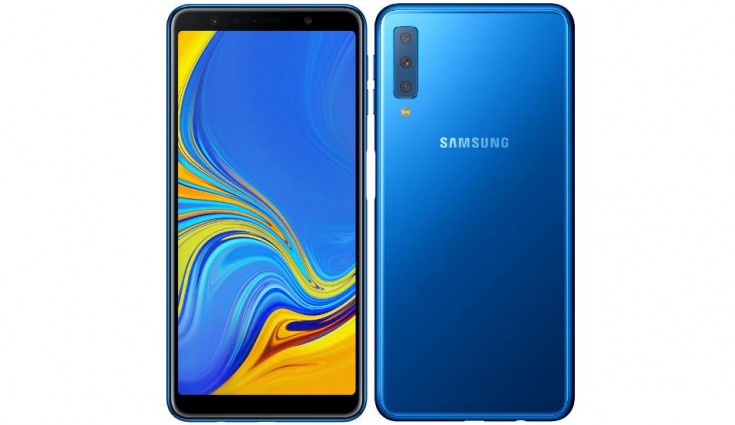 The Samsung Galaxy A7 (2018) has a triple rear camera of 24-megapixel with LED flash, f/1.7 aperture, 8-megapixel with ultra-wide f/2.4 lens for wide-angle photos and 5-megapixel f/2.2 depth sensor. The front facing camera will feature a 24-megapixel selfie camera with f/2.0 aperture and LED flash. It features a 6-inch full-HD+ (1080×2220 pixels) Super AMOLED Infinity Display along with an 18.5:9 aspect ratio. It is powered by an Exynos 7885 octa-core processor clocked at 2.2GHz. For the same price, users can opt for the Poco F1, Honor Play or the Realme 2 Pro, all of which are also listed in our list of Top 5 smartphones under Rs 20,000.

The e-commerce company is selling both the Vivo V11 and V11 Pro for the same price as its market value with the latter being shown as being available on ‘offer’. However, there’s no attractive offer for users to redeem and neither does a Snapdragon 660-powered smartphone makes sense to buy for Rs 25,990. It gets only worse for the younger V11 as the device is priced at Rs 20,990 and is only powered by an entry-level Helio P60 chip which is available on relatively cheaper Nokia 5.1 Plus. The Vivo V11 Pro was launched in India for Rs 25,990. The phone comes loaded with a 6.41-inch Full HD+ Halo FullView AMOLED display with a resolution of 2340 x 1080 pixels. The phone is powered by a Qualcomm Snapdragon 660 processor coupled with Adreno 512 GPU. The device is backed by a 6GB of RAM and 64GB of internal storage. For a price of Rs 25,990, the Vivo V11 Pro doesn’t make much sense and it’ll only be logical to buy the Armoured Edition Poco F1 and Honor Play.

Reliance Digital is promoting IFB’s 6.5 Kg Top Loading Fully Automatic Washing Machine as its headline product in the home appliance range. While the machine offers various wash programs, Deep Clean, Aqua Spa Therapy, Aqua Energie and 3D Wash System to wash specific pieces of clothing according to its requirements, there are already cheaper alternatives in the market, considering the fact that the IFB machine is aimed at the budget crowd.

For a cheaper price of Rs 14,290, Whirlpool is offering the Fully Automatic Top Load Washing Machine Grey which also has a capacity of 6.5 Kgs. There is Smart Diagnostics in this washing machine which helps in monitoring voltage and water levels. There’s the Smart Lint Filter which removes any accumulated lint on your clothes while the Detergent Savings feature determines the amount of detergent required depending upon the fabric load and type. There is also ZPF technology which helps in filling up the washing machine tub up to 50% faster even when the water pressure is as low as 0.017 MPa at your home. The Whirlpool 6.5 kg Fully Automatic Top Load Washing Machine was featured in our list of Top 5 Washing Machines from last year and the device continues to impress.

Coming to accessories, Reliance Digital is pushing the Reconnect Probuds 2 Ultra Wireless Earphones with Google Voice Assistant & Siri compatibility. The device features a decent IPX4 Level Sweat Resistance, up to 8 hours of battery and control button. But the catchy thing here is the price. The Reconnect Probuds 2 are available during the sale for Rs 1,999 instead of its listed original price of Rs 2,999 and at that price, it’s not the most sensible option to buy from a relatively unknown brand.

Users can get the TAGG Airbuds wireless earphones for a much cheaper price of Rs 1,749 on Amazon and Flipkart while also opting for the Portronics Harmonics Play Wireless Headphones for Rs 2,999, which is a known player in the market. Even at the matching price of Rs 1,999, Meizu is offering its Meizu EP52 Lite earphones in India.