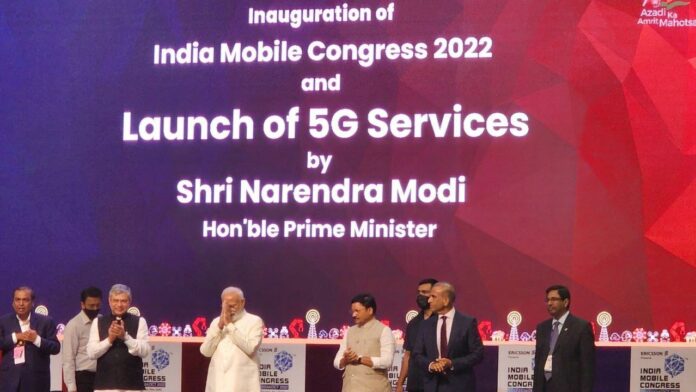 While launching 5G in India, Modi said, ”With the launch of 5G, we have focused on four key pillars, including cost, digital connectivity, cost of data plan, and digital-first approach. The cost of 5G devices go down when we become self-reliant for 5G production.” He added, ”8 years back, we had 2 units for mobile production and today, we have more than 200.”

Mittal, during his keynote at IMC 2022, said, ”By March 2024, Airtel 5G services will be available pan India”. As for the 8 cities where Airtel 5G will be available starting today, these include, Noida, Manesar, Pune, Bengaluru, Chennai, Hyderabad, Bhubaneswar and Kolkata.

Mukesh D. Ambani, Chairman, Reliance Industries Limited, said at the event, ”Jio will have pan India 5G coverage by December 2023”. He further added, ”India was late in adopting 5G but we will be the first to have a pan country coverage”.

Airtel & Jio have both been in the race to launch 5G in the country. While Airtel is already rolling out 5G in key cities starting today, Jio’s rollout should begin by Diwali in a few weeks, as mentioned by Ambani during Reliance Jio’s AGM 2022. While Jio will be using Standalone technology to rollout 5G, Airtel’s approach is based on Non-Standalone technology.

Airtel has previously also said that if you want to know the availability of 5G in your town, you will be able to check it on the Airtel Thanks App and see whether your phone and city is 5G ready. This feature will be available on its app with the 5G launch.