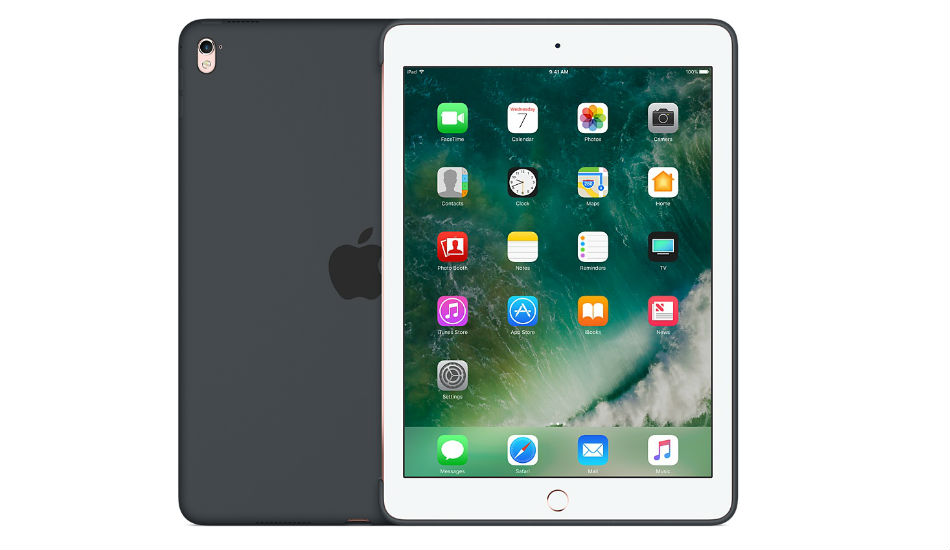 There’s a new basic iPad in the market – the iPad (10th generation). And it looks very different from previous iPads – you have not only newer innards but a new design, bigger display and new colours too. Mind you, all of these come with a significantly higher price tag – the iPad (10th generation) starts at Rs 44,900, which is well above the launch price of its predecessor, which started at Rs 30,900. But that does not mean that you have to shell out close to Rs 45,000 if you want a basic iPad.

In a surprising move, Apple has not discontinued the previous iPad, the iPad (9th generation), although it has given it a slight price bump – from Rs 30,900 to Rs 33,900. So for the first time in years, the older iPad is still around, even though a new one has been released. And you know what? It is still excellent value for money. In fact, some would say more so than even the new iPad.

So if you are looking for an excellent tablet and your budget is around Rs 30,000, we still think the slightly older iPad is still a terrific option. We are not saying that the latest iPad is bad, just that the previous one remains very good value for money. If that sounds hard to believe, check these six top reasons for going with the iPad (9th generation), even though generation 10 is very much around:

It might not be the latest and greatest, but the iPad (9th generation) still cuts a very smart figure with its metal back and its glass front. It is, in fact, perfect for all those who do not like the straight sides and flat back that is seen on all the other iPads right now. The iPad (9th generation) is the only iPad which adheres to the classic, curved back and sides design that iPads have followed since the iPad 2. Yes, the home button beneath the display and the slightly larger bezels might put off some folks, but this is still a sleek, slim 97.5 mm) device with a very premium, classic feel to it.

The iPad (9th generation) remains a formidable performer even now and definitely is more than a match for most Android tablets at its price point. Although its display is slightly smaller than the one on the new iPad – 10.2 inches as compared to 10.9 inches – it has the same 264 PPI pixel density and 500 nit brightness and is superb for browsing the Web and social media. It also has excellent stereo speakers, making it a great option for watching shows and videos. It might have a processor (A13 Bionic) that is a generation behind the one on the latest iPad (A14 Bionic), but unless you are looking to really push the tablet into a super high-performance zone, you are not likely to notice much of a difference. It comes with a similar 12-megapixel selfie camera as the iPad (10th generation) and also supports Center Stage so that the camera keeps you in focus even when you move, so video calls and selfie videos are going to be excellent. The iPad (9th generation) is also still capable of running most games and even letting you edit images and videos, although you might need to be a little patient with it from time to time. It packs in the ten-hour battery life that is an iPad staple now and supports the smart keyboard and Apple Pencil. That’s not a bad feature set by any scale.

Bring on the wired audio – the 3.5 mm audio jack

The iPad (9th generation) will likely appeal to all who love wired earphones or speakers because it is the last iPad with a 3.5 mm audio jack. You can simply plug in your favourite wired earphones into it – no need to mess around with dongles and adapters, which all too often get lost.

Some might complain that the iPad (9th generation) comes without a USB Type C port as its new bro does. However, there are benefits of having a lighting port, too, such as using your iPhone cable and charger with it (if you have an iPhone). More importantly, if you intend to use an Apple Pencil with the iPad (9th generation), you can do so without having to purchase the new Type C to lightning adapter (Rs 900) that is a must for those who want to use the Apple Pencil with the new iPad. That is because the Apple Pencil charges off the lightning port of the iPad, and the new iPad has no lightning port!

Easier to use fingerprint scanner

That large, spherical fingerprint scanner beneath the display might look oh-so-2014 to many people, but take our word for it, it is way easier to use than the smaller fingerprint scanner placed on top of the power/display button of new iPad. Most of us tend to hold the iPad by the lower portion, so reaching out to touch the fingerprint scanner below the display to unlock it is much easier than going to the top. Of course, one can get used to it – it is just a matter of habit – but considering that one unlocks a display several times a day, the convenience of having a larger, easier-to-reach fingerprint scanner can make quite a difference in everyday usage.

We left the most compelling reason for getting the older iPad for the last. The iPad (9th generation) is staggeringly good value for money. It is priced at Rs 33,900 officially (it got a Rs 3,000 price bump recently), but is available at Rs 30,000 or even lower from a number of retail outlets. That is well below not just the latest iPad which starts at Rs 44,900, but also well below a lot of the competition from Android. In fact, one could buy an iPad (9th generation) and an Apple Pencil (1st generation), and even a high-quality Bluetooth keyboard for less than the price of a high-end Android tablet or a new iPad. And as the points above indicate, one would not be losing out much – one would be getting an excellent display, great sound with a 3.5 mm audio jack, stylus support without any dongles, terrific battery life and performance levels that are comfortably ahead of a Snapdragon 870 device. A deal, we would say.