Apple iPad (10th generation): 10 Things to look out for 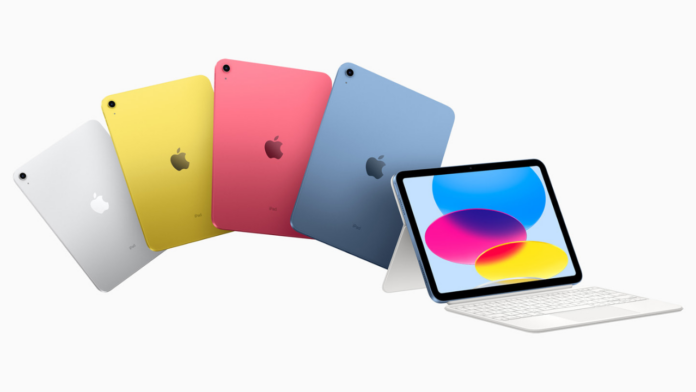 The Pro series might get more power and more impressive specs, but it is the base iPad model, often simply referred to as “iPad,” that is the most popular of them all. And with the latest iPad, the iPad (10th generation), Apple has carried out perhaps the most extensive revamp of its famous tablet. So if you are considering picking up the latest iPad, here are ten new things to keep in mind:

A much higher price

The iPad (10th generation) finally sheds its curved sides and now takes on the straight sides and super slim bezels that are seen on the iPad Air and iPad Pro range. It is actually a little thicker than the iPad Air -7 mm as against 6.1 mm – and a little heavier as well (481 grams to 462 grams), but in terms of appearance, it now can be easily mistaken for an iPad Air.

How to set a file as Wallpaper on iPadOS/iOS?

More colours, and not just shades of grey

The iPad (10th generation) goes beyond the grey and silver shades of previous iPads and comes in stunning new colours – silver, pink, blue and yellow. Grey seems to have been retired. We are not complaining.

The iPad, over the past few editions, generally has come with older processors, with the latest and greatest chips being reserved for the Pro and Air series. The iPad (10th generation) is no different. It comes with an A14 Bionic chip, which was seen on the iPhone 12 in 2020. That said, it is still an upgrade from the A13 Bionic on the previous iPad.

In terms of hardware, perhaps one of the biggest changes in the new iPad is the fact that it now comes with a USB Type-C, finally stepping away from the lightning port that was seen in earlier iPads. You will be able to not only charge the iPad through most USB Type C chargers but also connect more accessories to it.

The iPad Air-like design also means that the iPad (10th generation) is the first iPad to come without a 3.5 mm audio jack. You will have to shell out for a dongle if you want to use your wired headphones with this one.

Those slim bezels around the iPad (10th generation) mean that the round home button and a fingerprint scanner that were a part of the iPad for a long time are now history. The new iPad, however, continues to use Touch ID rather than Face ID, with the fingerprint sensor built into the top button, which is for power/display.

The iPad (10th generation) is the first iPad to come with a camera that is placed on the longer side (the landscape edge) rather than on the top. It comes with a 122-degree field of view and supports Centre Stage, which keeps the focus on the subject even as they move around.

Support for Apple Pencil, but with a new dongle

The iPad (10th generation) might look like the iPad Air, but it comes with support for the older Apple Pencil rather than the second generation one. However, as there is no lightning port (see point 5), users will now have to purchase a USB C to Apple Pencil Adapter to charge the Apple Pencil. Add another dongle to the list!