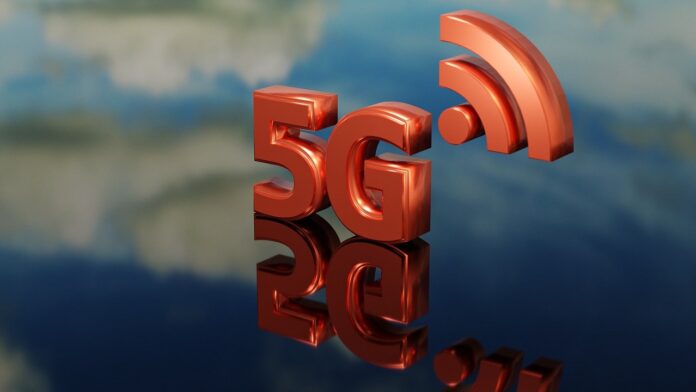 As 5G makes inroads in various parts of the world, there has been a trend of increased data consumption around the world due to the nature of the service, and change in people’s data consumption habits. Now, it has come to light that the average data used per smartphone in the Indian region is the highest globally, at 25GB per month. This is further expected to increase in the next six years.

Report added, ” 5G will represent around 53 percent of mobile subscriptions at the end of 2028.”

As far as 4G is concerned, the report’s findings don’t suggest a decline in 4G subscriptions. It states that 4G subscriptions are expected to peak in 2024 at around 930 million and will thereafter start declining to an estimated 570 million by the year 2028.

“Enhanced mobile broadband (eMBB) and fixed wireless access (FWA) are expected to be the early use cases for 5G in India, which will help address the concern of the limited fixed broadband penetration levels in the country and improve the data experience while on the move”, the report said.

The report by Ericsson mobility also highlights the importance of reducing environmental impact by decreasing carbon emissions. “To reduce the environmental impact, the growing data traffic needs to be managed with smart network modernisation combined with a balanced approach to network performance”, says the report.

With the launch of 5G in India on October 1, 2022, Jio & Airtel have been pushing 5G by all means possible. In fact, Airtel and Jio have expanded their respective 5G services in various parts of the country within just two months of launch. Where Airtel has its 5G service live in 12 regions, Jio has it in 9 regions. Airtel says it plans to complete the pan-India rollout by March 2024, while Jio plans to do that by December 2023.

“With over 425 million users, Jio’s mission with 5G is to speed up India’s transformation into a Digital Society. This connectivity and technology will help serve humanity by bettering lives and providing increased livelihood,” said Jio during the launch of its True 5G service.

On the other hand, Airtel CEO Gopal Vittal, during the launch of 5G said, ”Airtel has been at the forefront of India’s telecom revolution for the last 27 years. Today marks one more step in our journey as we build the finest network to deliver the best customer experience”.

“For us, our customers are at the core of everything we do. Our solution will therefore work on any 5G handset and the existing SIM that customers have. Our obsession with customer experience is now embellished with a 5G solution that is kinder to the environment”, he added.

Talking about what technology Airtel uses to roll out 5G, the operator uses Non-Standalone architecture. By leveraging a 4G network’s existing infrastructure, Airtel will provide faster and more reliable Enhanced Mobile Broadband without completely reworking their core network technology. In addition, Airtel announced recently that its 5G service has already surpassed 1 million customers, which is in line with the above report on how fast people are adopting the new 5G technology.

Not only this, but the Indian government also wants users to get 5G-ready as soon as possible. ”5G technology will provide seamless coverage, high data rate, low latency, and highly reliable communications. It will increase energy efficiency, spectrum efficiency and network efficiency,” the government said in a press statement during the launch of 5G.

In addition, the government says it is also ready to collaborate with other countries to accelerate the spread of 5G. ”For India, 5G provides an opportunity for the industry to reach out to global markets and consumers to gain economies of scale. Worldwide, countries have launched similar Forums, and thus, India has joined the race in 5G technologies. We are open for collaboration with them”, a government press release read.

It adds that 5G will represent around 53% of mobile subscriptions in India at the end of 2028. Furthermore, on 5G itself, about 110 million subscriptions were added globally between July-September 2022, bringing the total to about 870 million.