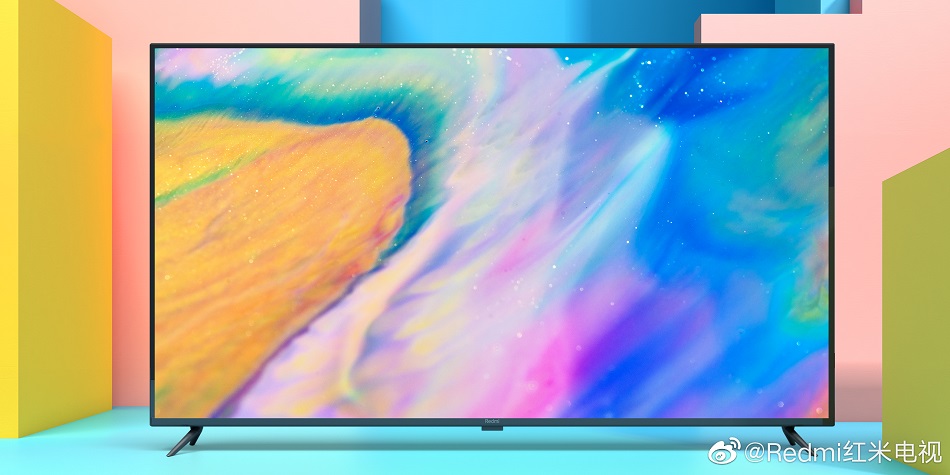 The post reads “Today, I secretly released a beautiful photo, and I have the strength and beauty! Young people must have colourful, bling-bling sons, do you like it? #Redm”. 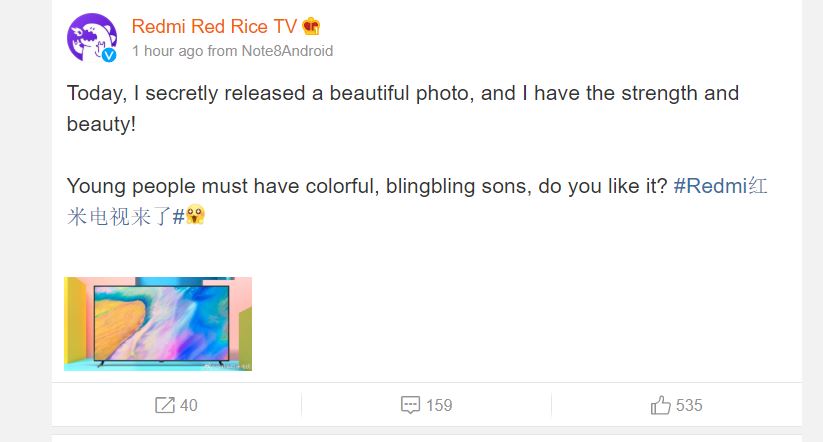 Last month, Redmi TV got the necessary 3C certification website with the model number L70M5-RA and as per earlier listing and reports, the upcoming Redmi TV is being manufactured by TPV Technology (Xiamen) Co., Ltd on behalf of Redmi. Further, it will have two sizes, 40 inches and 70 inches, in which 70 inches TV is already been confirmed by the company as well. However, as of now, there is no information on 40-inches TV. Further, both the sizes are expected to offer 4K UHD resolution. This Smart TV will most likely to have Xiaomi’s PatchWall system and other features like Dolby Audio and a Bluetooth voice remote.

In another development, Oneplus is reportedly working on 55-inches and 65-inches Smart TVs, which will be available in all markets. For the US and China, the brand is developing a 75-inch Smart TV, while India might get 43-inch TV. The company is also set to be working on both LCD and OLED panels for its upcoming Smart TV. Earlier, in an interview with The Mobile Indian, OnePlus India General Manager Vikas Agarwal had said that the OnePlus TV is getting ready. As per media reports, the company will launch the OnePlus TV between September 25 to September 30. The launch is likely to take place on September 26.

Honor has also confirmed to launch ‘Honor Smart Screen’ TV soon and Honor India President, Charles Peng has even confirmed in an interview with PTI, that the company will soon be launching its smart TV in India along with Honor 9X and 9X Pro smartphones.