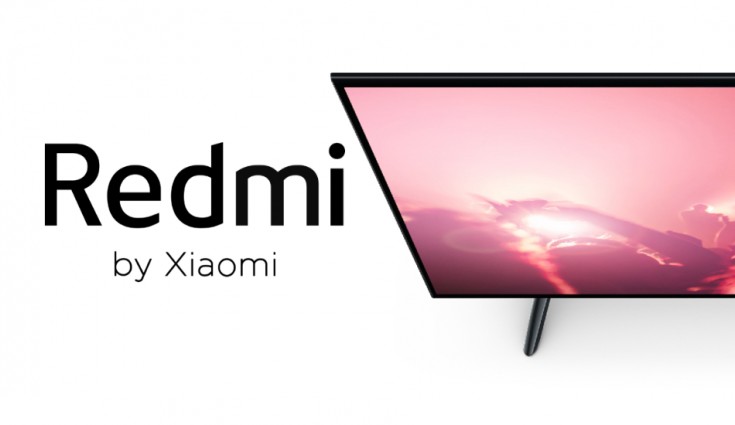 Xiaomi Mi TV has captured a big market of Smart TVs in India in a very short span, so we would expect Redmi TV to make debut in India as well in the near future.

Xiaomi sub-brand, Redmi is all set to launch is the first-ever TV in China soon, which will be dubbed as Redmi TV. In the month of July this year, Redmi TV was found listed on the 3C certification website with the model number L70M5-RA. Now in a new development, Li Xiaoshuang, Head of Xiaomi TV, in conversation with Lu Weibing, Xiaomi VP and Redmi GM, has officially confirmed through its official Weibo account that Redmi TV is coming soon. Going by the conversation on Weibo, Redmi TV will price relatively cheaper than Xiaomi’s Mi TVs in the market.

Meanwhile, as per media report from China, the Redmi TV is expected to make its debut in the month of September this year. 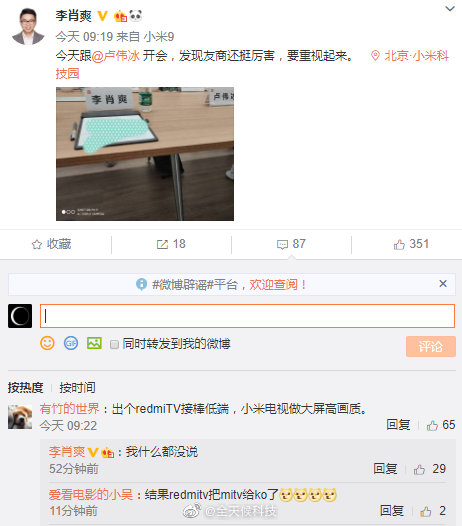 As per earlier listing and reports, the upcoming Redmi TV is being manufactured by TPV Technology (Xiamen) Co., Ltd on behalf of Redmi. Further, it will be launched in two sizes, 40 inches and 70 inches. Both the sizes will offer 4K UHD resolution.

Xiaomi Mi TV has captured a big market of Smart TVs in India in a very short span, so we would expect Redmi TV to make debut in India as well in the near future.

Recently, in an interview with The Mobile Indian, OnePlus India General Manager, Vikas Agarwal also confirmed that the OnePlus TV is getting ready and will also be launched in Indian markets in the near future. Moreover, Huawei’s sub-brand Honor also confirmed that they will launch ‘Honor Smart Screen’ TV soon and Honor India President, Charles Peng has also confirmed in an interview with PTI, that the company will soon be launching its smart TV in India along with Honor 9X and 9X Pro smartphones.