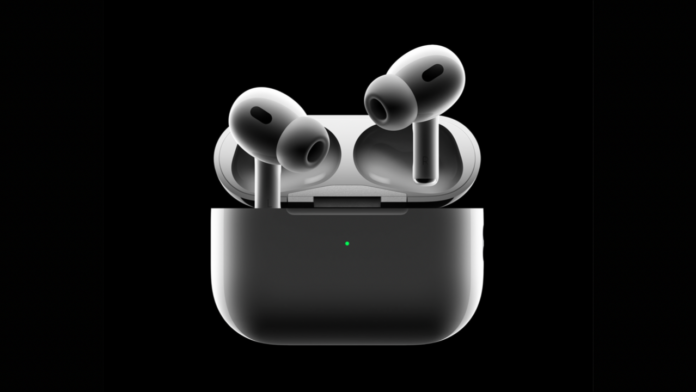 Apple has just released the latest edition of the AirPods Pro, the AirPods Pro (2nd generation), in the Indian market. But even as these go on sale, rumours are already circulating about their successors, the AirPods Pro 3. And as per sources, these AirPods could add a whole new dimension to the TWS product segment by adding 5G connectivity via eSIM.

How will AirPods with eSIM?

Sources familiar with the development said to The Mobile Indian, ” Evidently, Apple is trying to figure out a way to place an eSIM in the next AirPods Pro. This would enable users to use the TWS to make and receive calls even if the phone they are paired with is not nearby.”

In many ways, this woud make the next AirPods Pro very similar to the cellular version of the Apple Watch, which allows users to access the Internet and make calls even without the phone with which it has been paired. The move is evidently being considered following a survey that showed that an overwhelming number of consumers actually preferred taking calls on the AirPods compared to talking on the phone. However, as per our source, the ‘plain’ or ‘normal’ AirPods are unlikely to get this facility.

Challenges Ahead of AirPods to include eSIM

It has to be stressed, however, that this is still a rumoured work-in-progress. Evidently, the biggest challenges to this move are the fact that the TWS tend to get warm and uncomfortable and also that the presence of network support saps battery life. While the technology has been tried as per some sources, it brought battery life down to a mere hour and a half and even lower in areas with poor network connectivity.

We have been told that Apple is also considering placing the eSIM in the AirPods case rather than on the AirPods themselves and connecting the AirPods to the case wirelessly, as the case is seldom far away from the buds themselves. Incidentally, users will also have the option to purchase AirPods Pro without 5G connectivity, just like the Apple Watch.

As per our sources, if successful, this would lead to a significant rise in the price of the TWS – a 5G variant of the AirPods Pro could start at close to USD 399. It would also bring network players into the TWS space – in fact, the AirPods Pro 5G might initially be available exclusively only from service providers in the US. Mind you, this is not expected to happen soon – the AirPods Pro 5G are likely to arrive in the market (if they ever do) only in early 2024!

We have no official statement from Apple or any other of the involved parties about this development. But if it were true, it would surely signal a whole new trend in the personal audio space. It would also tilt the scales in the TWS business towards phone companies that are used to working with networks, unlike classic audio brands that focus purely on audio.