All the major operators support eSIM in India, however, it can only be used in a device that is compatible with an eSIM. 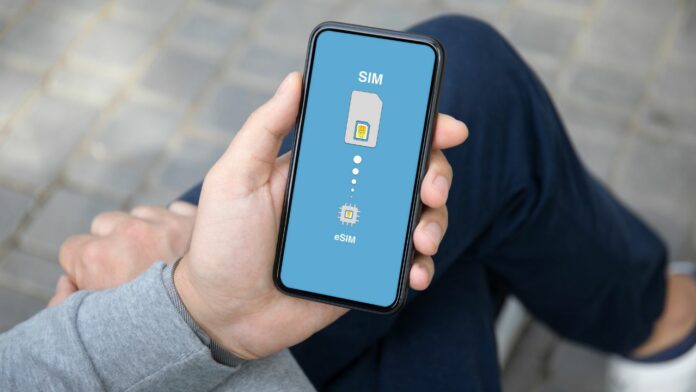 Have you ever been frustrated with having to change out your physical SIM card every time you want to switch to a new mobile carrier? Well, there is a solution to that problem – eSIMs (embedded Subscriber Identity Module) is already being used in some devices and could eventually make physical SIM cards obsolete in some countries if all the smartphone brand start preferring them over physical SIM.

If we talk about the ground reality, eSIM technology is currently limited to premium smartphones and not all smartphone makers are offering this feature, though a lot of operators (like At&T, Verizon, Airtel, Vodafone and Jio) are offering them globally.

Just a few days back, Apple surprised a lot of folks in the US when it launched iPhone 14 series with only the eSIM connectivity option and said goodbye to Physical SIM. Only time will tell how this move will pan out.

There are a few more handset brands with eSIM on their phones, like Google, Motorola and Samsung, but they do have slot for physical SIM as well on their phones.

So, what is eSIM? How does eSIM work? What are the advantages/disadvantages of using an eSIM? In this article, we will answer all those questions for you, so keep reading for all the queries.

What is an eSIM?

Let’s start with the basics – what is an eSIM? eSIM or Embedded Subscriber Identity Module, as the name suggests, is embedded directly into your smartphone or any device. Still confused, or does it sound too technical? Worry Not!

Let us explain it in simple plain English. eSIM is a virtual SIM which works like a normal physical SIM without occupying space on your phone or without manually putting it in a slot.

Does it make sense to buy iPhone 14 series from the US?

An eSIM has to be activated by the telecom operator after verifying the required documents, and of course your phone needs to support it. Unlike traditional SIM cards, which require to be physically inserted into devices, eSIM is directly built into the mobile device. It can connect you to any mobile operator which is offering eSIM services.

That means you do not have to use physical SIM cards anymore. Users can enjoy a smooth digital experience when selecting connectivity plans from their preferred mobile operators on their smartphones. In India, all the major operators like Vodafone, Airtel and Jio support eSIM.

How does an eSIM work?

An eSIM is a SIM card that is embedded into your device, meaning you don’t need a physical SIM card. This can be convenient if you want to switch between mobile carriers or if you’re travelling internationally and want to avoid roaming charges.

An eSIM is assigned a unique number (ICCID) that identifies it to your carrier. When you first activate your device with an eSIM, you’ll need to download your carrier’s profile onto the eSIM. This profile includes information like your carrier’s name and logo, as well as the data plans that are available to you.

Once your carrier’s profile is downloaded, you can activate and deactivate data plans as needed. For example, if you’re going on vacation, you can purchase a travel plan with your carrier and activate it for the duration of your trip. You can deactivate that plan and reactivate your regular data plan when you come home.

eSIM support on new iPhones to be provided by Reliance, Airtel in India

Advantages of using an eSIM

An eSIM is a digital SIM that allows you to activate a cellular plan from your carrier without having to use a physical SIM card. This can be especially convenient if you travel frequently or if you want to have multiple phone numbers (for work and personal use, for example).

One major advantage users can have is they can embed multiple eSIMs on this phone. And one of the typical scenarios can be having different eSIM for Voice, Data and roaming, depending on the benefits offered.

It will avoid you getting a bill shock while you are using your smartphone on international roaming by simply purchasing an eSIM from the operator of your destination country without even going to the store. Hopefully, you will choose the right plan, otherwise, be prepared for Bill Shock!

Further, an eSIM can be useful to you when you are in a place where your mobile network doesn’t have coverage. You can switch to your eSIM profile to see whether that network has a signal. Additionally, a user can never lose an eSIM, as it does not have a physical form. Another advantage is that you can use a physical sim and eSIM for your official and personal calls separately. You just need to swap profiles instead of swapping phones. Also, an eSIM eliminates the need for a user to use a physical SIM card, so an eSIM saves the space occupied by SIM card trays.

Disadvantages of using an eSIM

There are also some drawbacks of eSIM technology. eSIM technology will be a problem, especially for people who like to change their handset too often. Changing a phone means you’ll have to go through the activation process each time you swap because it’s not a physical SIM. You just can’t take out the SIM card and put it inside the new phone. You must follow the activation process and go through the whole process again.

Also, not all mobile networks support eSIM, so you may still have to rely on a physical SIM card to use their services.

How to activate an eSIM on your Android phone?

Before activating an eSIM on your Android phone, ensure that you have an eSIM-compatible smartphone and a mobile operator offering the eSIM service. Also, you should have a stable Wi-Fi network for a successful installation.

On an Android mobile device, go to Settings and tap on Connections. Now go to Sim Card Manager and click on Add Mobile Plan. This will be followed by Add Using QR Code option. Now you have to scan the QR code with the camera of your phone provided in the PDF file that you receive via email. Then follow the instructions to activate your eSIM profile on your device.

How to activate an eSIM on your iPhone?

For activation on an iPhone mobile device, open Settings and tap on Cellular. Now click on Add Cellular Plan. Then in a similar way to Android, you can scan the QR code using your iPhone’s camera that you got on your registered email ID. These steps will take a few minutes before you are connected and your eSIM will be activated.

eSIM has been around for a while now but has still seen a huge uptake anywhere in the world, including India. Even though most of the leading operators support it.

An eSIM is a digital SIM card that allows you to connect to a cellular network without having to use a physical SIM card. This means that you can switch between networks or data plans more easily, and it also opens up some interesting possibilities for connected devices like tablets and smartwatches. So if you’re in the market for a new phone or tablet and a virtual SIM fascinates you, make sure to check if it supports eSIM before you buy!