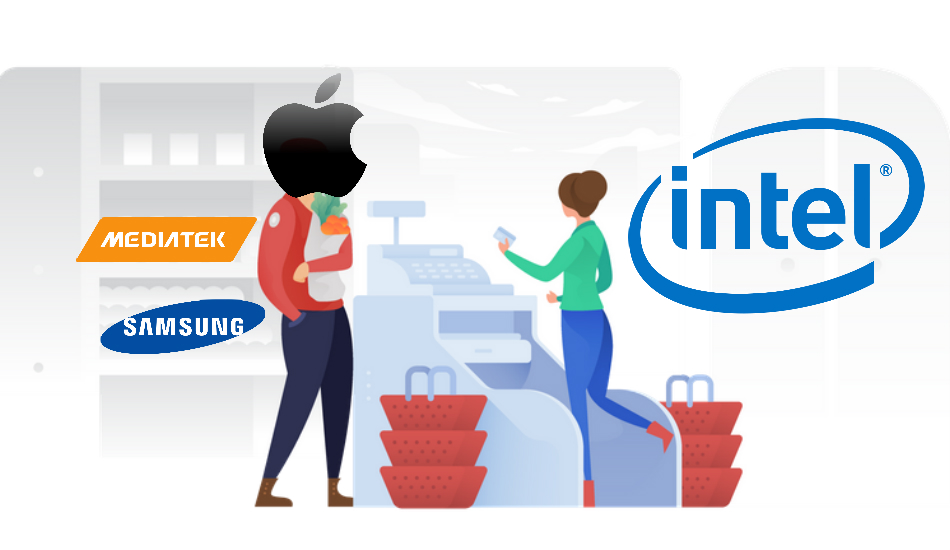 Intel will only be shipping sample pieces of its 5G modem to its customers with a commercial rollout estimated sometime next year. This comes as a big blow to Apple, who happens to be the chipmaker’s biggest customer ever since Apple broke its alliance with Qualcomm earlier last year and instead went with Intel.

A month has passed since Intel established its interest in Automated Vehicle Solutions at the Consumer Electronics Show 2019 in Las Vegas. However, Intel seems to have toggled off its development for the upgrade to 5G technologies as it has come out and revealed that its 5G modems will not show up smartphones before 2020.

The news comes just three months after Intel announced its first 5G modem – the Intel XMM 8160 with support for peak speeds of up to 6 gigabits per second. But it appears that Intel will only be shipping sample pieces of its 5G modem to its customers with a commercial rollout estimated sometime next year, as reported by Reuters.

This comes as a big blow to Apple, who happens to be the chipmaker’s biggest customer ever since Apple broke its alliance with Qualcomm earlier last year and instead went with Intel for its modem requirements. If this goes on to be true and the Cupertino giant still sides with Intel, Apple will have to wait till 2020 to sell an iPhone designed to work on a 5G network.

It was Intel’s network chip business head, Sandra Rivera, who said the consumer “products in the market” will come with Intel’s 5G modem only after 2020. Rivera, however, revealed that non-consumer 5G products will be available sometime during this year.

As for Apple, it looks like the iPhone maker is looking at Samsung and MediaTek as its alternatives for the upgrade to 5G. It’s reported that Apple has been in talks with the two chip makers for the development and supply of 5G modems but there has been no solid proof that it’s going to happen.

Things certainly don’t look bright for Apple as this adds to salt to the wounds caused by the poor reception of all the 2018 iPhones which has forced the company to cut the production of its smartphones including the “affordable” iPhone XR.