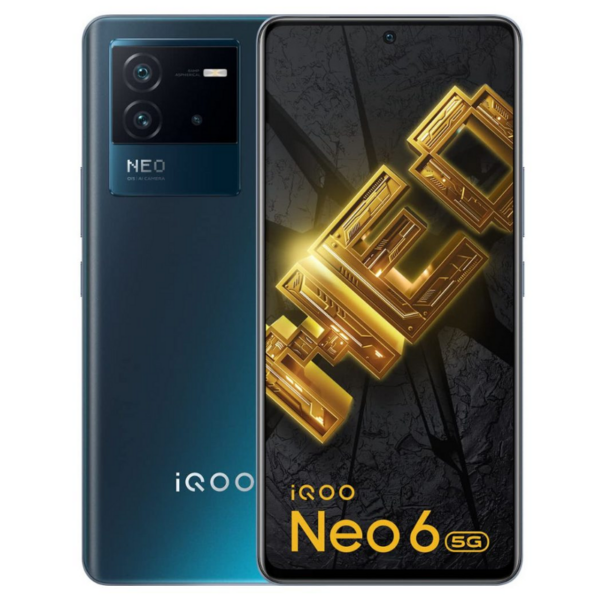 The Neo 6 5G features a 6.62-inch AMOLED display which has a refresh rate of 120Hz and a 360Hz touch sampling rate. Further, there is a peak brightness of 1300 nits and a 91.4% screen-to-body ratio. There’s an in-display fingerprint sensor for security.

It packs a Snapdragon 870 SoC which will be coupled with 8GB of LPDDR4x RAM and 128 GB of UFS 3.1 storage. iQOO Neo 6 comes with 4G Extended RAM which can extend 8GB RAM to 12GB and 12GB RAM to 16GB, which means users can smoothly open and switch between multiple apps instantly. The smartphone is equipped with a liquid cooling vapour chamber for improved thermal management while gaming.

The Neo 6 packs a 4700mAh battery with support for 80W fast charging, which is said to charge the smartphone up to 50 percent in 12 minutes. Besides, it runs FunTouch OS 12 based on Android 12.