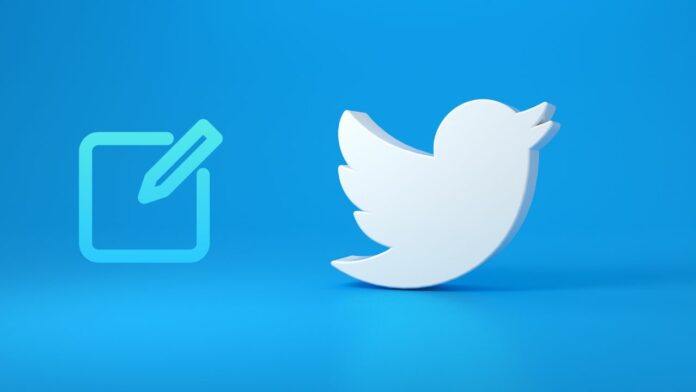 Twitter is finally adding support for a feature that they have been asked for by users for many years. It will allow them to edit tweets and make changes within thirty minutes of each tweet being published.

The company announced on Thursday that it would roll out the edit button to select Twitter Blue subscribers over the coming weeks.

Edited tweets will be clearly marked with a timestamp and a label to distinguish them from the original ones. When a user taps the label on the edited tweet, they can see its version history, which includes changes and the original tweet.

The company says this is important for transparency, protecting conversations with truthful statements, and maintaining an accurate public record.

Twitter has said that the edit button is being tested internally and will be rolled out to Twitter Blue users over the coming weeks. It will be tested in a single country before expanding to other regions. Twitter Blue is a paid premium service and gives its access to upcoming features before other users.

Twitter Blue is a premium subscription service in select markets such as the US, Australia, Canada, and New Zealand. However, as far as India is concerned, Twitter users in India will have to wait for a while before accessing the edit button, as Twitter Blue has not been launched in the county.