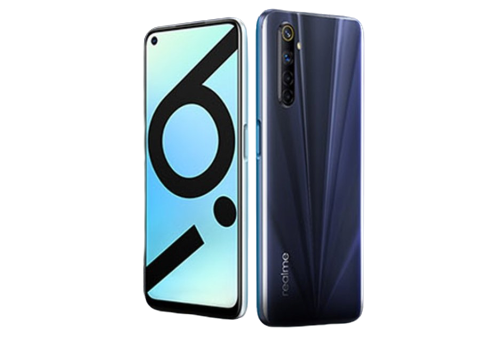 Realme 6i is said to be a rebranded version of Realme 6s which was launched in Europe back in May.

Realme 6i will be launching in India on July 14. This mid-ranger smartphone will be Flipkart exclusive. Notably, Realme will also be launching Realme C11 on the same day.

Flipkart has accidentally listed the Realme 6i revealing the launch date. The listing has however been removed from the e-commerce portal. But thanks to @Sudhanshu1414, he spotted the Flipkart listing before it was taken down.

Seems like Flipkart just leaked the launch of realme 6i. It will launch along with the #realmeC11 on 14th July at 1 PM! pic.twitter.com/vVEfFWyhGM

From the listing, it is now known that the smartphone will be one of the best smartphones under Rs 15,000. It also reveals that the Realme 6i will be powered by the MediaTek Helio G90T processor and sport a 90Hz Smooth Display.

Realme will also be launching Realme C11 in India on July 14. Realme C11 is one of the first smartphones to be powered by the MediaTek Helio G35 SoC. To recall, Realme C11 was recently launched in Malaysia at RM 429 (US$ 100 / 7,560 approx.). The Realme C11 comes in Mint Green and Pepper Gray colour options. Realme C11 will be Flipkart exclusive in India.

Realme 6i is said to be a rebranded version ofRealme 6s launched in the Europe back in May. Realme unveiled the Realme 6i back in March which was later launched as the Narzo 10 in May for the Indian market.

Realme 6i will come in Black and White colour options. The phone will come with 90Hz display, MediaTek Helio G90T SoC, and a 48-megapixel camera. The Realme 6i will be available in just one configuration with 4GB of RAM and 64GB of expandable storage.

Realme 6i will feature 6.5-inch full HD+ LCD display with 2400 x 1080 pixels resolution, 90Hz refresh rate, up to 480 nits brightness and Corning Gorilla Glass 3+ protection and 20:9 aspect ratio. Under the hood, the smartphone will be powered by Octa-Core MediaTek Helio G90T 12nm processor with ARM Mali-G76 3EEMC4 GPU. It will have expandable memory up to 256GB with microSD card slot.

Realme 6i will be backed up by 4300mAh battery with 30W Flash Charge fast charging. The smartphone will run on realme UI based on Android 10 and equipped with a side fingerprint sensor.