Realme C11 confirmed to launch in India on July 14 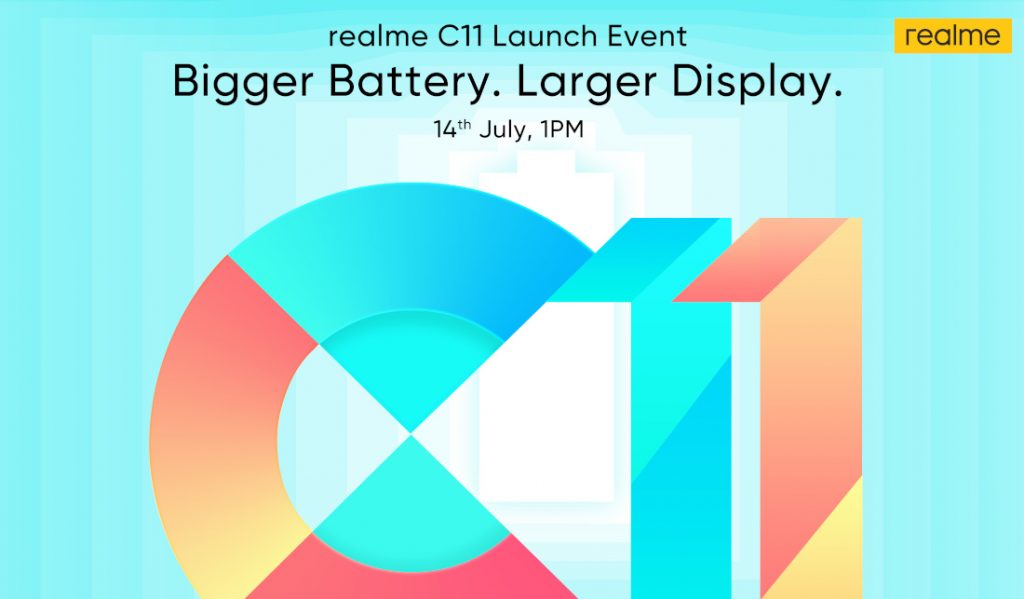 Realme C11 is one of the first smartphones to be powered by the MediaTek Helio G35 SoC.

Realme has now confirmed that it will be launching Realme C11 in India on July 14. This comes after the company yesterday teased its launch in India.

Realme C11 is one of the first smartphones to be powered by the MediaTek Helio G35 SoC. To recall, Realme C11 was recently launched in Malaysia at RM 429 (US$ 100 / 7,560 approx.). The Realme C11 comes in Mint Green and Pepper Gray colour options.

Realme C11 will be Flipkart exclusive in India. The teaser on Flikpart confirms the 5000mAh battery in the phone.

Realme in a tweet yesterday revealed that more than 7.5 million users in India have been using or have bought Realme C-series phones.

Realme C11 is backed up by a 5000mAh battery and runs on Android 10 with Realme UI running on top of it. On the camera front, the phone comes loaded with a dual-camera setup with a combination of 13-megapixel primary lens with f/2.2 aperture, LED flash and 2-megapixel depth sensor. For the front, there is a 5-megapixel selfie camera.