Oppo R19 to reportedly come with a 48-megapixel camera 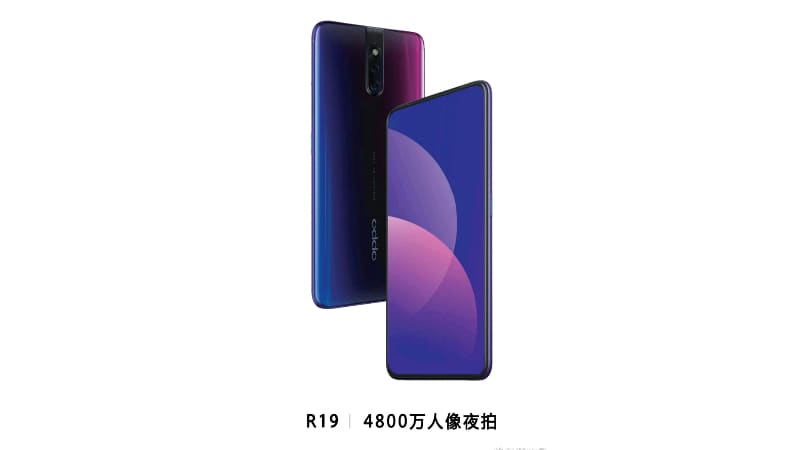 Oppo R19 is expected to launch in China in the coming months.

Oppo is reportedly working on a new R series smartphone which is said to be called Oppo R19. The smartphone will be the successor of Oppo R17 smartphone which was launched last year. Oppo R19 is expected to launch in China in the coming months. Now an alleged poster image of the phone has now appeared online.

The poster of the Oppo R19 has been shared on the Chinese social networking website, Weibo which shows the phone from the front and back angles. At the back, it is seen that the Oppo R19 will feature a vertically aligned dual camera setup with an LED flash sitting above the sensors. The poster says the main camera is a 48MP sensor.

The back panel further has Oppo branding at the bottom. It can be seen in the blue-purple gradient finish but it is expected that the smartphone will launch in other colours as well. The back of the phone does not feature any fingerprint scanner on the back. The phone is likely to feature an in-display fingerprint scanner.

The front of the phone shows almost negligible bezels with no selfie camera either. There is no notch or punch hole in the front display which suggests that Oppo will be offering the pop-up selfie camera mechanism like the Oppo Find X and Vivo NEX.