Nothing Ear 1 have now been announced to be available in limited quantities via StockX on July 19. Only 100 customers will be available to purchase the TWS earbuds during the sale. 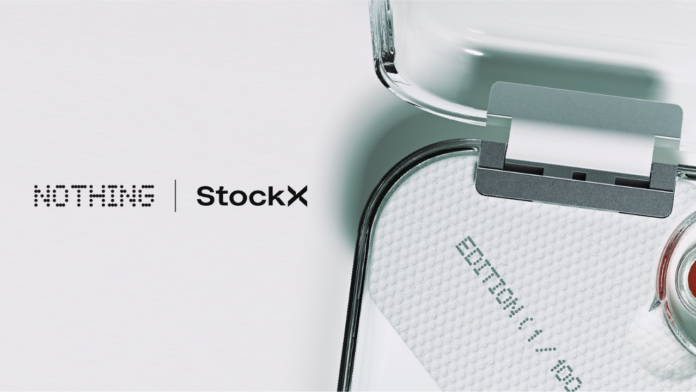 Nothing Tech has announced that it will be partnering with StockX to exclusively release the first 100 units of its debut device, ear 1. The brand will be the first one to use StockX’ direct-to-consumer product release method called DropX.

The Nothing ear (1) DropX goes live on 19 July 2021 at 2 pm BST (6:30 p.m. IST). It will be the first time that Nothing products are made available for purchase. Interestingly, StockX ships to India as well. Meaning Indian customers who are interested in getting early access can purchase it as well.

“Launching a tech product on StockX has never been done before, and we feel honoured that Nothing ear (1) will be the first”, said Akis Evangelidis, Head of Marketing and Co-founder of Nothing. “We’re conducting an auction exclusively on StockX, which means our communities will have a chance to purchase ear (1) before anyone else and also before it is fully revealed”.

Nothing Ear 1 will be the first product to launch from Carl Pei’s hardware venture. The TWS earbuds will go on sale on July 27 in India alongside a global launch. These earbuds will be priced at Rs 5,999 in the region, which Nothing has already confirmed.

Pei has noted that the company mainly focuses on online sales channels to sell its product. He added Nothing Ear 1 price could not be ‘affordable’ but fair to the consumers. The earbuds have been claimed to “combine raw beauty and precise engineering for a pure sound experience”. However, there’s no word on the exact specifications of the earbuds. Flipkart will offer Nothing ear 1 with doorstep delivery and No Cost EMI options.