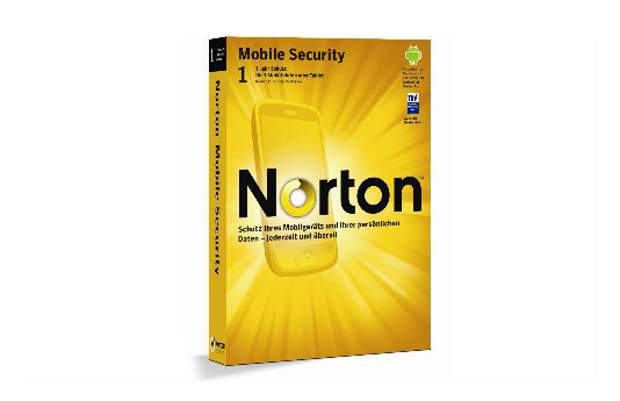 It’s not just your contacts or text messages that you’ll lose when your mobile phones get stolen, you might even lose access to your own list of sensitive data like bank account credentials or your identity. Here's how you can ensure that you don’t become a victim of any of these threats and properly secure your data.

We’re at that point of technological advancement that we believe is making the common man smarter when he connects to the internet. The more we’re connected to the internet, the more data we consume which thus has a proportional effect on the data stored on a smartphone or tablet. A majority of us have at least one smartphone or laptop or a tablet where we store most of our personal information and that’s where mobile security comes into play.

In the last month itself, we’ve seen quite a few instances where mobile threats have popped up, thus compromising the security of users, organisations or the functioning of a government. One such example is when the Dark web exposed accounts of as much as 617 million users across 16 popular websites. It was also found that scammers have now started using Google Translate’s domain to carry out phishing attacks. We also reported that Google recently fixed a flaw in Android which allowed attackers to execute malicious codes by sending an image file. It’s not just customers who are on the receiving end of mobile threats, organisations and governments also are facing harder challenges to keep up with newer attacks as well. The most recent of them was when the Jharkhand government was found responsible for exposing Aadhaar numbers and information of its 166,000 employees.

While modern advances in technology have brought a convenient lifestyle, you’re also now more vulnerable to losing your data, privacy or your money when on the internet. It’s not just your contacts or text messages that you’ll lose when your mobile phones get stolen, you might even lose access to your own list of sensitive data like bank account credentials or your identity.

That’s why we’ve compiled a list of ways you can ensure that you don’t become a victim of any of these threats and properly secure your data.

Keep your phone safe with a PIN code or password

Recent researches have shown that about 30 percent of smartphone users still don’t use a lock screen code on their device for security. This is the least you can do on your device since all the latest smartphones come with protecting their lock screen with a password while many new smartphones now come with a fingerprint sensor.

This will help in instances where you’ve let your phone unattended at a restaurant you visited or when your phone gets stolen and thus save yours from letting an average thief to misuse your number, contacts or your data. When adding a password to your screen lock, you must try avoiding common mispractices like “1234” or “password”.

Yes, with Railwire and Google Station, the abundance of public WiFi has boomed with as much as 400 railway stations in India which have come to become known for their free internet services. While Google has now vision to expand such services beyond railway stations, it’s important to note that connecting to any WiFi network in a public area carries its own risk because there’s no normal way to know whether the connection is secure.

Using such WiFi networks might result in allowing others to view the data on your device as well as the websites you’d have visited. While web browsing is still fine, try using such WiFi services only when you most certainly have to or if you’ve got to wrap up your work with urgency. It’s important to make sure that you don’t send or receive sensitive data or make payments or transactions when connected to a public WiFi network.

Use VPN on unsure networks

While public WiFi networks are relying on their own, WiFi services inside an organisation aren’t as secure as there are a vast number of employees using the same network for their work and personal use. Since such networks can’t be neglected for further use as it might directly affect the efficiency of the workplace, it’s advised that users on any WiFi network use a VPN service which will secure the connection on the device, make the uploaded and downloaded data anonymous and safe.

Keep your iOS or Android phone up to date

Both Apple and Google roll out frequency updates to iOS and Android respectively and often times than not, these updates include fixes toward boosting security and shutting down vulnerabilities. It’s thus important that you always keep your phone updated however much it wants you to download. That doesn’t necessarily mean you have to buy devices from either of the two manufacturers. You can choose from a dozen different non-Google Android manufacturers but opt for the one who release monthly or bi-monthly security updates.

Protect your device with encryption and remote wipe

Several smartphones come with software that encrypts the files on the device with industry-grade protection. What this essentially means is even if an attacker gains access to your device, they won’t be able to access files regarding your sensitive content unless and until they know the code which you might have generated for that particular file. Users can thus do so when saving their bank credentials, login details and business agreements on their primary smartphone.

In case the phone gets physically stolen, a user can wipe all of the data on their stolen phone remotely, thus keeping your sensitive information unused by a hacker. Smartphones also come with a “Find my Device” tool which also helps to locate the stolen phone in case it’s still active.

Be wary of the apps that you download or use

When installing an app from the App Store or Play Store, ensure that the app is from a reliable source, has a decent rating from other users and that it doesn’t ask you for access to parameters that you think they might not need. While that’s the most basic principle when downloading a new app, you must avoid downloading any app from an unknown source through an APK or from a third party app market. It’s generally safer to download an app from the Play store than install an APK from elsewhere.

Recheck your app permissions and what they have access to

App permissions have come a long way from clicking “Agree” to the terms and conditions all the way to giving your apps permission to the access that you choose for them. Apps on both Android and iOS devices ask for access to various features on the smartphones they use and most of them basically revolve around contacts, camera, microphone, location, calendar, gallery, sensors, access to other social media apps.

When using a certain app, make sure to not give it access to all the permissions or some which may not even be necessary for its functioning. Verify which of these apps really need to know your location, read your call logs and messages or record through your camera or microphone. When gained access to, hackers might be able to exploit the contents of your smartphone, right through an app remotely. You can read our in-depth take on App Permissions to get a clear idea.

Make regular backups of your data

While there’s a potential that your data might fall into wrong hands, there’s also this scenario when losing a device will make you suffer because all of your personal and banking details were associated with your device and phone number. In such cases, it’s also advisable to back up your important data on a regular basis. This data could be anything from bank account credentials to agreements regarding your business or the pictures of your dear ones.

Also keep in mind that backing up your data to cloud services is a good option only if it’s supported by a reliable company like Microsoft, Apple or Google.

If you’re reading this, chances are that you’re on your phone right now. Don’t just phone it in, do what’s necessary to keep yourself and your loved ones safe. Also, use common sense when browsing online and refrain yourself from tapping on anything suspicious. Don’t click on dodgy links telling you to install this and install that to keep your phone clean. Don’t click on random links that you receive through your email and no, chances are you likely that you didn’t win the prize. At least you stay safe and one step ahead of a threat.