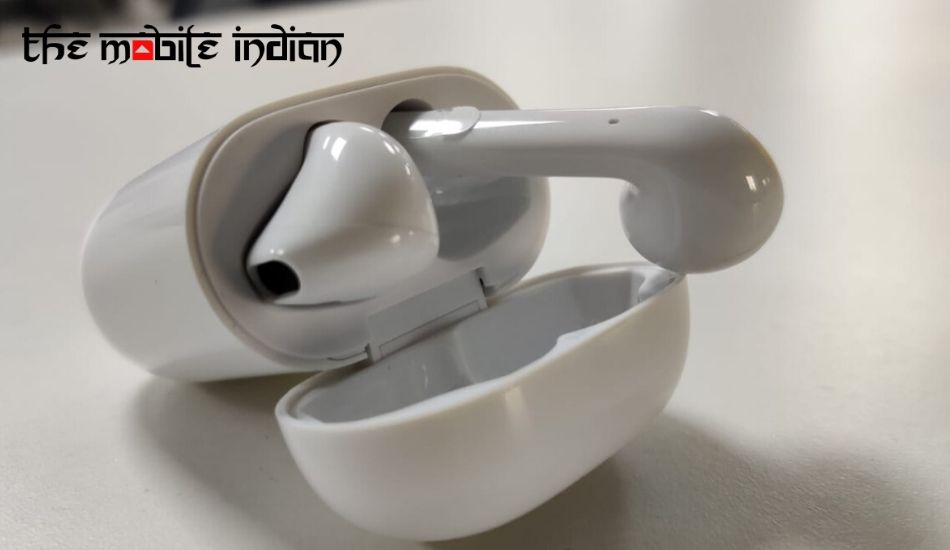 Realme is getting into top gear with new product launches. On May 25th, Apart from Realme TV and smartwatch two more product will be launched in India.

Sources familiar with the development have said to the mobile Indian, “Realme Buds Air Neo and Realme power back will be launched on May 25th in India.”

Realme Buds Air Neo will be the younger sibling of Realme Buds Air. It will have a micro USB port rather than a Type C port which was available on Buds Air and will not support wireless charging. Apart from that Air new, will support Realme’s Game Mode and will be powered by R1 chip with Bluetooth 5.0 support.

In term of design, it will follow the design language of Buds Air.Earlier, it was expected that Buds Air Neo might feature noise cancellation feature. However, now it doesn’t seem to be the case.

As far as the power bank is concerned, we don’t have information on it but most likely it will have a 10,000 mAh pack.

Interestingly, India will see the launch of Realme TV, Smartwatch, Buds Air Neo and power bank on the same day as they will be launched in China.

Two models of Realme TV, 32 inches and 43 inches are expected to be made available in the first phase in India. The TV will run on Android OS and will support Google Assistant. EarlierBIS certification for the Realme TVrevealed some core specifications.

The wireless earbuds market in India is showing a major growth over the last few months. As per a counterpoint report Realme Buds Air with 12 percent market share is the number two TWS in India After Apple Airpods.

Wireless earphones have seen significant growth over the past few quarters but there’s still no doubting the value of Apple in the segment with its AirPods. The main reason for the success of Realme truly wireless earphones in India can be attributed to aggressive pricing and branding.

Our source has also shared details about the expected price of the Realme Product. Here are the details:

Realme is expected to launch three smart TV variants in India and here is the tentative pricin: