Realme to launch 8 new products in China on May 25, will it come to India? 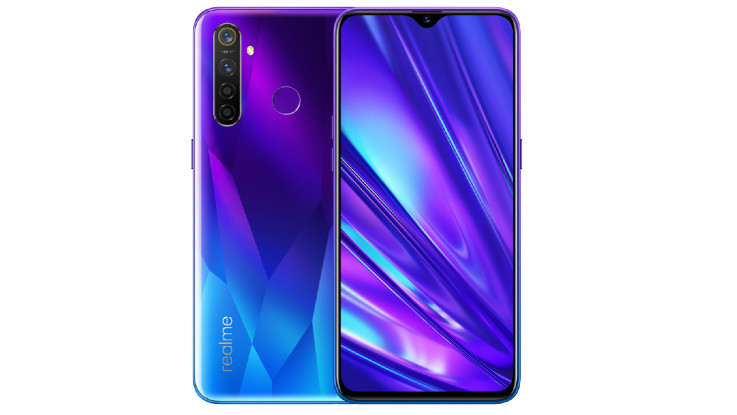 The company has scheduled an event in the country that is all set to take place on May 25.

Realme is all set to launch a slew of products in China. The company has scheduled an event in the country that is all set to take place on May 25.

The company has shared the poster on its official Weibo channel that reveals that it will launch will take place 11:30 AM IST. The poster reveals three products including wireless earbuds, power bank and a smartphone. The phone present in the poster dons a quad-camera setup, while the power bank looks similar to the one present in the Indian market. Coming to the TWS earbuds, the company might introduce Realme Buds Air Neo, which was certified by the Taiwanese National Communication Commission (NCC) in January this year. 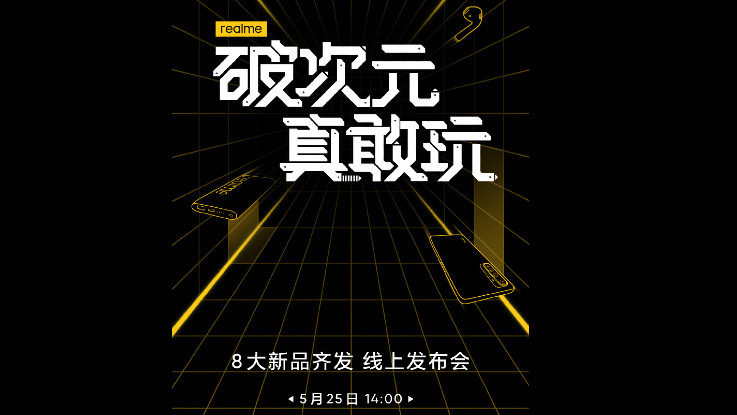 Meanwhile, Realme China CMO Xu Qi Chase has also posted an image that reveals the back panel of the new Realme smartphone. The photo reveals that the phone will come with a glossy finish and there is a quad-camera setup aligned vertically at the top-left position. The base of the back panel comes with Realme branding. He also confirmed that the phone is codenamed as Blade Runner.

However, it is not known that are the remaining products, but one could expect more Realme smartphones. The company is said to be working on Realme X3 Super Zoom, Realme X3, which it might introduce during the launch event. Realme TV is yet another product that could be launched during the event. Furthermore, one could expect the company might took the wrap off from its first smartwatch.

We earlier reported that Realme will launch Realme TV and the upcoming smartwatch in India soon. Sources close to the development told The Mobile Indian that the company is planning to launch its first Smart TV and smartwatch in the country by May end.

However, the question remains that will it bring all the products to the Indian market? Realme recently listed Realme X3, Realme TV and Realme X3 Super Zoom on its India website, meaning that it could launch it soon. However, the timeline of the launch remains a mystery. India is an important market for the company and it has managed to grab a sizeable market share in two years. So, in order to maintain this, the company should bring all the products in the country so that it could give a stiff competition to other players