iOS users will now finally be able to play Battlegrounds Mobile India on their iPads and iPhones. The game weighs 1.9GB in size. 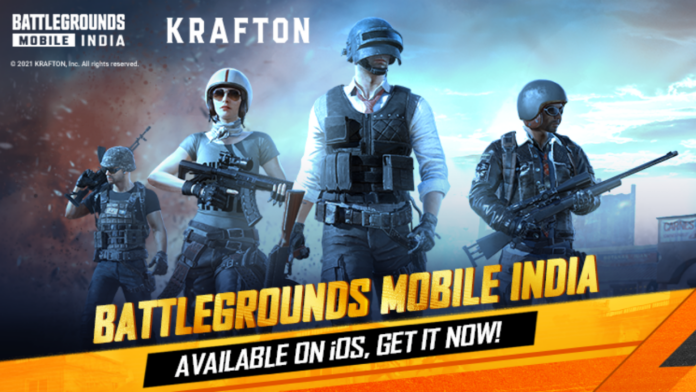 Two months after the launch of Battlegrounds Mobile India for Android, the game is now finally arriving for iOS users. The game debuted in early access phase back in mid-June, followed by an official launch on 2nd July. The beta and official release were only meant for Android users while the iOS users had no option but to wait.

Now, iOS users can download and play Battlegrounds Mobile India on their iPhone or iPad. The official website also states that a maintenance on authentication system was carried out in the morning today for iOS app.

Users can head over to the app store on their iOS devices to download Battlegrounds Mobile India. Per the app store listing, the app is available for iPhone, iPad, and iPod touch. It weighs 1.9GB in size and requires iOS 11.0/ iPadOS 11.0 or later.

The game has 17+ age rating because of Frequent/Intense Realistic Violence. Apart from that, there are a bunch of Welcome Rewards for players. These include the Recon Mask, Recon Outfit, the Celebration Expert Title and 300AG. These can be redeemed together from the Event Center.

As a part of welcoming them to “India Ka Battlegrounds”, exclusive gifts like the Supply and classic Crate Coupons along with the Constable Set can be redeemed separately from the Event Center. iOS users will also get the Galaxy Messenger Set, which was a part of the 50M Downloads Rewards Event.

Krafton also completed the maintenance on authentication system of iOS version this morning at 8:30am. The accounts linked with Apple IDs will now be able to log in again. Back in July, Krafton announced BGMI 2021 series. This will be the first esports tournament hosted by Krafton in India. It announced a prize pool of Rs 1,00,00,000 for this inaugural series spanning 3 months.