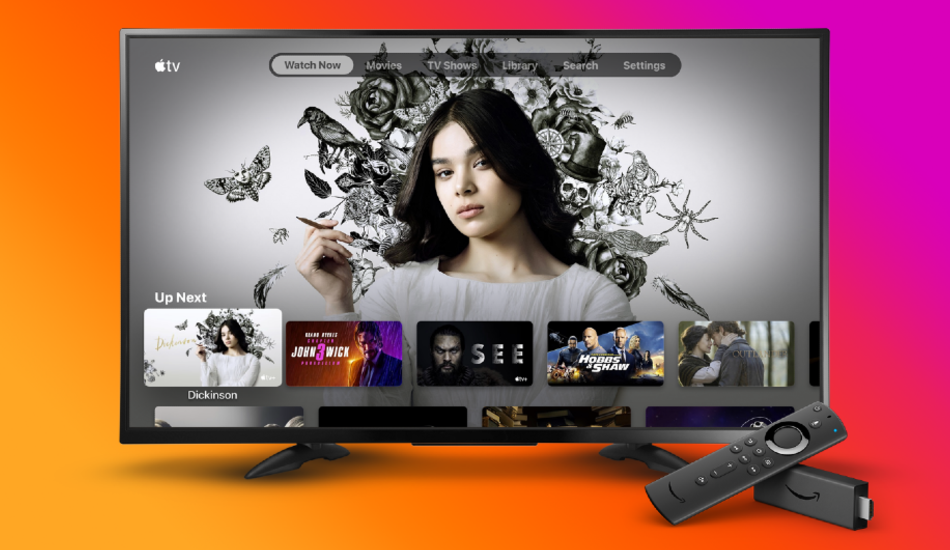 Apple TV app is rolling out today for Fire TV Stick (2nd Gen) and Fire TV Stick 4K for users in India. Customers will be able to watch content through Apple TV+ which is set for worldwide release on November 1.

Users from over 60 countries will now be able to watch movies, TV shows and channels purchased from Apple on their Fire TV platform. This also means that customers will be able to watch content through Apple TV+ which is set for worldwide release on November 1. Apple TV+ subscription will also arrive in India on November 1 for a monthly payment of Rs 99 after a seven-day free trial period.

Just like the integration of Netflix catalogue on the platform, users will be able to use Alexa Voice Remote to ask Alexa to watch content on the compatible Fire TV device. Starting November 1, customers can use commands like “Alexa, watch Dickinson”, “Alexa, find dramas” to get Apple TV+ content on the search and home screen.