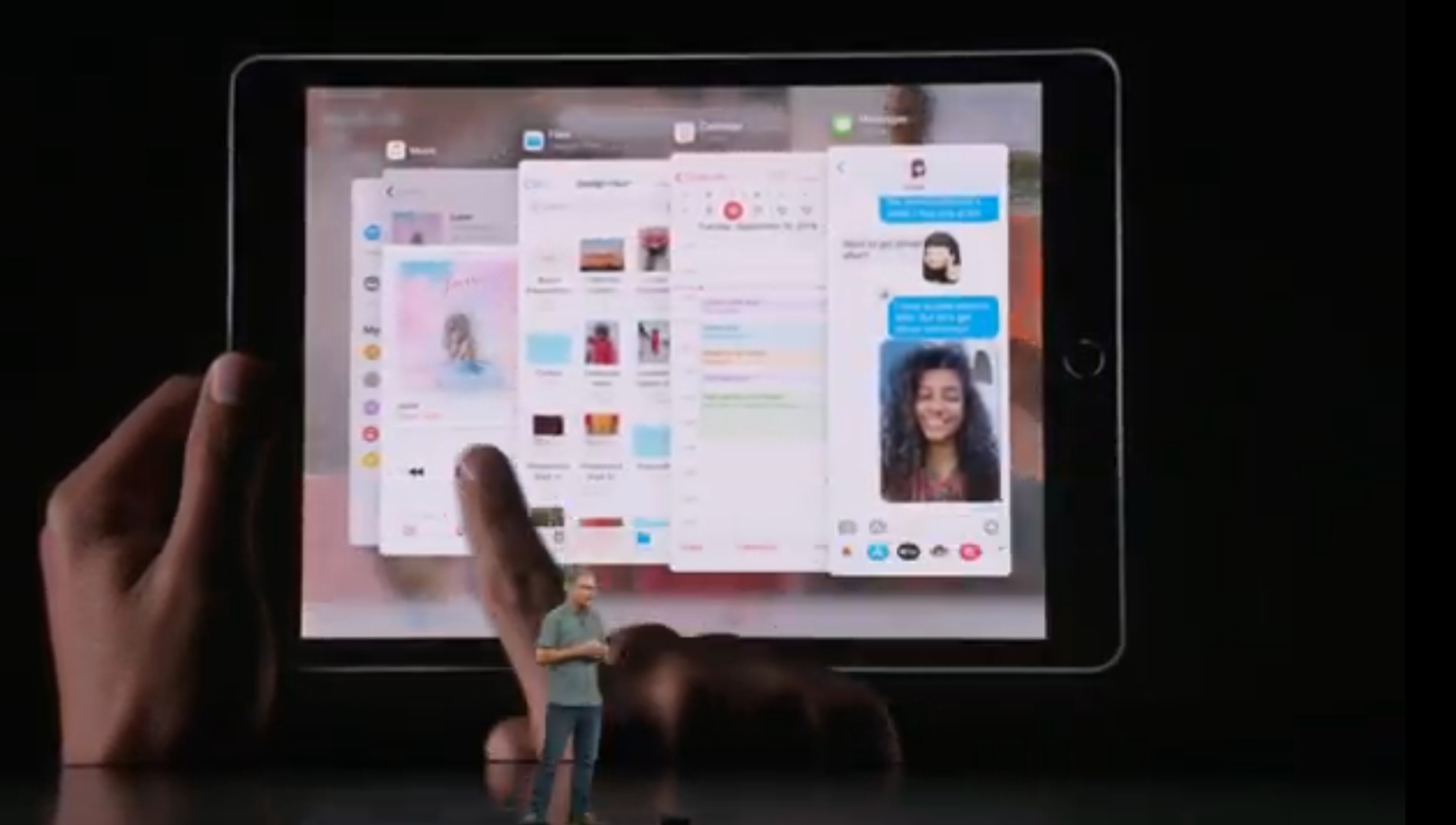 The company has introduced the all-new 10.2-inch Apple iPad during the event. The company has also revealed the prices for its new Apple Arcade and Apple TV+ subscriptions.

Apple has today announced the launch of the 7th generation of its tablet range, the Apple iPad. The company has introduced the all-new 10.2-inch Apple iPad during the event. The company has also revealed the prices for its new Apple Arcade and Apple TV+ subscriptions.

To start with the latest iPad, it comes with a price tag $329, which translate to Rs 23645. It will be available from September 30 and it is available for pre-order starting from today. The new tablet comes with a 10.2-inch Retina display with 3.5 million pixels and the company claims it offers 3.7x wider viewing angle as compared to a flagship laptop. The latest tablet is powered by the latest Apple A10 Fusion chipset.

The latest tablet runs on iPadOS, which comes with a host of interesting features. It also supports Apple Pencil and for a full-size Smart keyboard. It is also the first non-iPad Pro model to support Apple’s Smart Connector.

The new OS comes with a floating keyboard that provides one-hand usage. The Apple Pencil comes with new features like swiping up from the corner to take a screenshot.

The company has also introduced the price of its new streaming subscription service, the Apple TV+. The company has also introduced a new Jason Mamor starring series, SEE. It will be available from November 1 and the company will add more originals every month. Apple TV+ will be available on the Apple TV app for Rs 99 per month with a seven-day free trial starting November 1 on iPhone, iPad, Apple TV 4K, Apple TV HD, Apple TV (3rd generation), iPod touch and Mac.

To subscribe to Apple TV+, customers must update to iOS 12.3 or later, tvOS 12.3 or later and macOS Catalina. The subscription will automatically renew at Rs99 per month at the end of the seven-day free trial. The Apple TV+ will be also available on Samsung Smart TVs, Amazon Fire TV, LG, Roku, Sony and VIZIO platforms in the future.The company has revealed that users will get 1 year of free Apple TV+ subscription on the purchase of new Apple iPhone, MacBook and iPads.