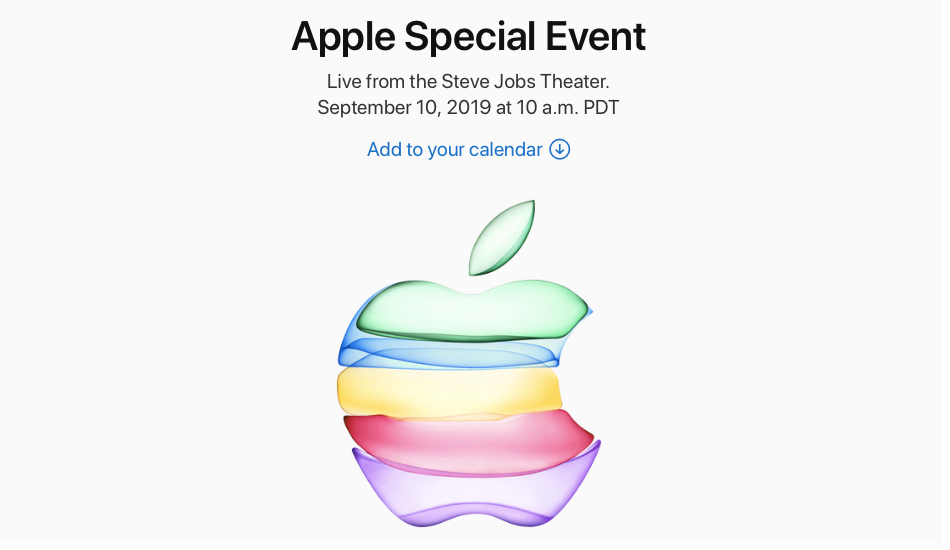 Apple will be announcing the launch of the next generation iPhone 11 series on September 10.

As was previously leaked through iOS 13 internal files, Apple will be announcing the launch of the next generation iPhone 11 series on September 10.

The Cupertino company has started sharing official invites to the event which has been labelled as “By innovation only”. The Apple Special event will take place at the Steve Jobs Theater inside Apple Park in Cupertino, California on September 10 at 10 am PT (or 10 PM IST).

The invitation is also live on Apple.com and while it doesn’t explicitly disclose anything about the new products, judging by Apple’s history, we can expect the launch of the successors to the iPhone XS, iPhone XS Max and iPhone XR. In addition to that Apple is also expected to announce the release dates for iOS 13, iPadOS 13, tvOS 13, watchOS 6, and macOS Catalina.

Apple is expected tolaunch three models of the 2019 iPhones– powered by the Apple A13 chip which is being manufactured through a7nm+ process node by TSMC. The successors to the iPhone XS and iPhone XS Max will make use of the 3rd generation OLED Retina display while the ‘affordable’ iPhone XR successor will feature the second generation Liquid Retina display. 2019 iPhones will also be home to a new version of the Taptic Engine and a triple camera module at the back.

The company is also expected to launch theApple Watch Series 5at the event. The upcoming Apple smartwatch will feature OLED display made by Japan Display, sleep tracking, advanced health features and a large battery. The device is also expected to come with a new ceramic casing design which is expected to be an additional model instead of a makeover.