Amazfit T-Rex to go on pre-order from June 7 on Amazon, price revealed 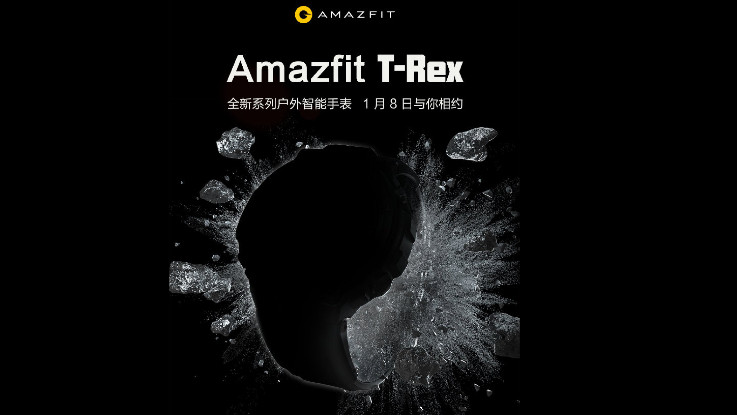 Amazfit T-Rex is the first rugged smartwatch from the company

Amazfit T-Rex smartwach will be priced Rs 9,999 in India, reveals Amazon listing. The smartwatch will go on on pre-order from June 7 on Amazon India. The e-commerce website recently started teasing the launch of the smartwatch in the country.

The smartwatch has passed 12 regulations on military-grade testing and it comes with MIL-STD-810G certification. The smartwatch can withstand extreme heat and cold with heat resistance up to 70 degrees and extremely cold temperature of minus 40 degrees.

The smartwatch is equipped with a 1.3-inch AMOLED display with an “always on display” function and Corning Gorilla Glass 3 protection. The smartwatch features 14 sports modes and it comes with Bluetooth 5.0 along with GPS + GLONASS support.

The watch is loaded with a 390mAh battery, which can last up to 20 days of normal usage and 20 hours with continuous GPS usage. The watch features 3-axis acceleration sensor, geomagnetic sensor and ambient light sensor and features optical heart rate monitor as well. The dimensions of the watch are 47.7×47.7×13.5mm, and it weighs about 58 grams.