Amazfit T-Rex is the first rugged smartwatch from the company.

Amazfit T-Rex was earlier launched at the Consumer Electronics Show (CES) 2020 earlier this year with Amazfit Bip S. The Bip S smartwatch was recently confirmed to launch in India for Rs 4,999. 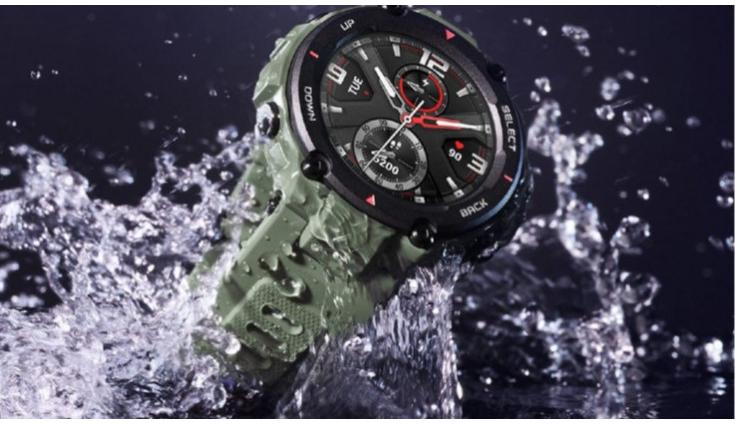 The smartwatch is equipped with a 1.3-inch AMOLED display with an “always on display” function and Corning Gorilla Glass 3 protection. The watch is loaded with a 390mAh battery, which can last up to 20 days of normal usage and 20 hours with continuous GPS usage. The smartwatch features 5 ATM dust and water-resistant up to 50 meters

The smartwatch features 14 sports modes and it comes with Bluetooth 5.0 along with GPS + GLONASS support. The watch features 3-axis acceleration sensor, geomagnetic sensor and ambient light sensor and features optical heart rate monitor as well. The dimensions of the watch are 47.7×47.7×13.5mm, and it weighs about 58 grams.