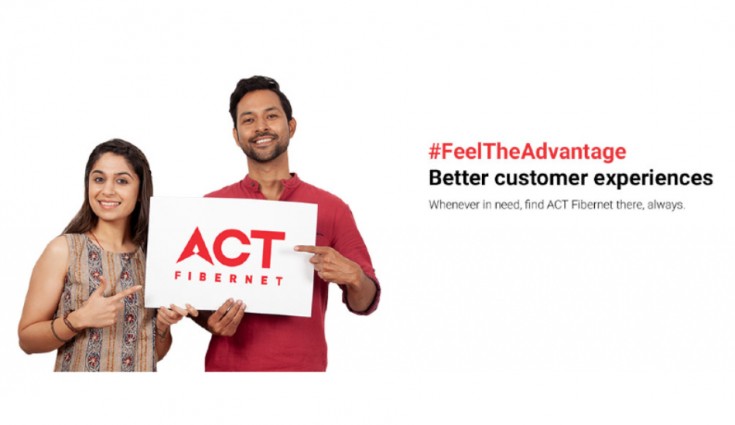 The company has upgraded ACT Platnium Promo and ACT Diamond broadband plans in the circle.

With this, the company is offering increased internet speeds with both the plans. ACT Platnium Promo now comes with a speed of 200Mbps. The plan comes with a monthly rental of Rs 1049 and it offers 1000GB of FUP limit. The plan earlier used to offer 150Mbps speeds.

Coming to the Diamond plan, users will now get 300Mbps speeds. The plan comes with a monthly rental of Rs 1349 and it offers 1500GB of FUP Limit. The pack earlier used to offer 150Mbps speeds along with 1250GB of FUP limit. The upgraded speeds and plans will be applicable to both existing and new customers beginning 1st July 2020. These upgraded plans will enable users to enjoy high-speed internet at no additional cost.

Previously, ACT Fibernet has announced that it will be increasing the price of its broadband plans starting June 1. The hike will be applicable to eight out of the total 19 cities where ACT Fibernet currently operates. Those eight cities are Bengaluru, Chennai, Coimbatore, Hyderabad, Delhi, Vijayawada, Vizag, and Guntur. After a hike of Rs 50, the Silver Promo plan in Delhi has been increased to Rs 799 from Rs 749. The increased rate plans are said to be listed on the company website and app in the next few days.

Earlier this month, ACT Fibernet in a report revealed that there has been a 40% increase in peak traffic in March. Further, there was a significant spike in downloads and uploads per user, owing to the high volume of work and streaming being undertaken. While the average downloads increased by 66% per user per month, the average uploads surged at 37% per user per month.