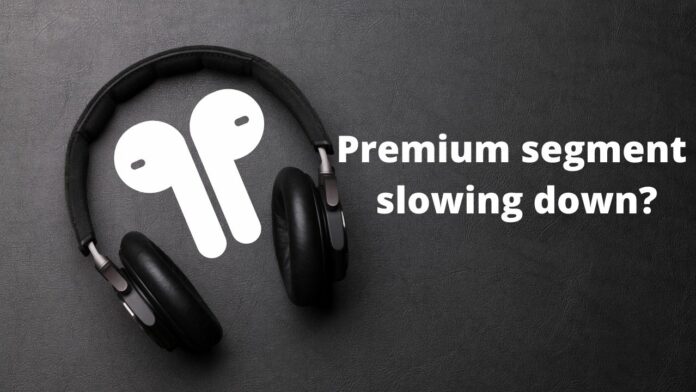 Launches in the TWS and Bluetooth segment continued briskly in June 2022, even as those of smartphones seemed to slow down. Even as some of the better-known and more expensive brand names steered clear, the Indian TWS and Bluetooth neckband market saw launches from a number of budget-friendly brands, giving users more options at super affordable prices. These were the highlights of the hearables market in India in June 2022:

Replicating the record launches of May

When it comes to Bluetooth earbuds, the market clearly seems to be favouring totally wireless buds (TWS) over conventional neckbands. Of the 26 hearable devices launched in India in June 2022, 16 were TWS while 10 were neckbands. This is very close to the corresponding figures in May, when 17 TWS and 9 neckbands were launched. Totally wireless clearly is a favourite right now.

Unlike in May, where the TWS and neckband launches were spread across several price segments, June saw most of the launches concentrated in the budget-friendly segment. 18 or almost 70 per cent of the 26 products launched were in the price segment below Rs 2,000. Of these, 13 were priced in the Rs 1,000 – Rs 2,000 segment, while 5 were priced below Rs 1,000.

While the number of launches in the segment above Rs 4,000 have never been as many as those below it, the segment has still played a major role in the Indian TWS and Bluetooth neckband market. June, however, saw the Rs 4,000 and above segment at its quietest, with only one device launched above Rs 10,000 and only two in the Rs 4,000 – Rs 10,000 category. This is the second-lowest in the year, after April when only two devices were launched above Rs 4,000. This seems to indicate that the budget segment is calling the shots in the Indian hearables market as far as lanches are concerned.

A new brand calls the shots

The brand with the most products launched in June was one that had not launched a single product so far this year. Arrow launched a total of six neckbands in June 2022 in its Rocker series, all of them priced between Rs 1,000 – Rs 2,000. In essence, Arrow accounted for 60 per cent of the neckbands released in June, and more than 20 per cent of all hearables launched in the month.

A month for smaller brands

Big brands have a quiet June

The likes of Sennheiser, JBL, Jabra and Sony stayed away from the market in June. Phone brands like Oppo, Xiaomi, Vivo, Samsung and OnePlus, who also have TWS and Bluetooth neckbands in their portfolio, did not make any new launches. The only notable brands to make launches in the hearable segment were Yamaha who launched two TWS (including the only hearable priced above Rs 10,000 in June), Dizo (Realme’ sub-brand) and Blaupunkt, with the latter two launching a TWS each.

A lot of silence on the ANC front

It might be one of the most talked about features in hearables, but active noise cancellation (ANC) did not play a major role in the Indian market in June. In fact, of the 26 devices that were launched in the month, only one, the Yamaha TW-E5B TWS came with ANC. In contrast, five devices launched in May had ANC. All of which makes us wonder if all the talk of ANC becoming a mainstream feature and a must-have even in earphones below Rs 2,000 was just hype.

What does July have in store

It has been an odd few months in the hearables market in India. May saw a number of launches with big brands playing a major role, while June saw the same number of launches but with big brands not participating as much. What happens in July is anyone’s guess. There is talk of launches from Redmi, OnePlus and JBL, and we are sure that the smaller brands will remain busy as ever. Stay tuned to The Mobile Indian to find out exactly what transpires.